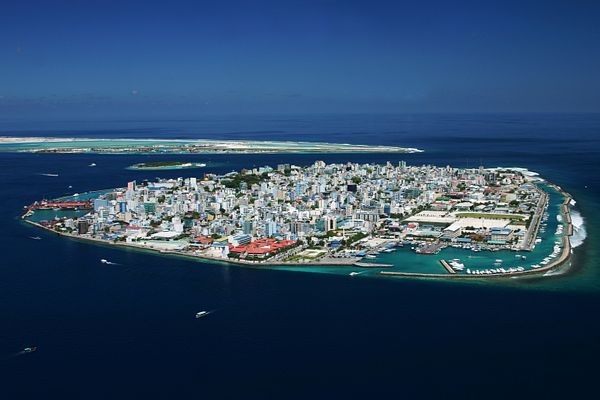 However, the attack appears to have a more local dimension. It fits into a recent pattern of revenge attacks following an increase in government crackdowns on radical groups in the Maldives since late 2019.

ISIS claimed that the “soldiers of the caliphate” in the Maldives carried out an attack by setting fire to several boats anchored at the harbour of Mahibadhoo island, some of which belonged to the “apostate government” of the Maldives. The vessels included a sea ambulance, a police boat, and another that belonged to the atoll council.

Several terrorism-related incidents have taken place in the Maldives since ISIS declared a caliphate in 2014. In February this year, three foreign nationals – one Australian and two Chinese men – were stabbed in Hulhumale (which is part of the capital Male linked by a bridge). Even though a local outfit, “al-Mustaqim Media,” claimed responsibility for the stabbings and branded themselves as soldiers of ISIS in the Maldives, ISIS outlets did not claim responsibility for the assaults.

The February stabbings were revenge attacks against the government following its crackdown on violent extremism in the country since late 2019. The crackdown intensified after the U.S. Treasury Department designated a Maldivian national, Mohamed Ameen, as a terrorist in its sanctions list in September 2019, and after a presidential commission investigating the murders of two bloggers and a religious scholar linked the murders to religious extremists.

Ameen has been in custody since October 2019. A key leadership figure behind recruitment for ISIS in the Maldives, he had been radicalizing young people for a long time. Several years ago, he lived in Maduvvari island, where we now know an ISIS cell, possibly numbering 30, has been operating. The authorities carried out raids on the island and arrested several this past December and January. The detained have been charged with terrorism related offences.

In the wake of the police crackdowns, in social media outlets violent extremists made threats of revenge against the government. They established a Telegram channel by the name “TouristWatchMv” in January, suggesting a possible targeting of tourists in the country. It is now believed that individuals linked to the Maduvvari cell carried out the earlier attacks.

A statement published through TouristWatchMV claimed “Soldiers of the Khilafah [Islamic State] in the Maldives” carried the attacks and warned of more attacks if their members and their relatives continued to be “oppressed” by the government. In a video branded under “al-Mustaqim Media,” three masked men claimed responsibility for the stabbings, and called on their supporters to carry out more attacks against government interests.

Wednesday’s attack appears to be the latest of these revenge attacks against the government and its interests in this year. On March 22, there was a similar arson attack on a police boat in Gan island in Laamu atoll. Some other suspicious incidents such as a fire on a water villa in the luxury island resort, Cheval Blanc, on March 21, have also occurred.

ISIS and Violent Extremism in the Maldives

While these attacks may be revenge attacks, they also show violent extremism has been a growing problem in the Maldives. The first serious terrorist attack in the country took place in 2007. An improvised explosive device (IED) was exploded at Sultan Park in the capital Male, injuring 12 foreign tourists. At least four murders likely linked to violent extremism have taken place: Ibrahim Shaheem, an official of the Island Office Himandhoo was murdered in December 2006; Afrasheem Ali, a religious scholar, in 2013; Ahmed Rilwan, a journalist, in 2014; and Yameen Rasheed, a blogger, in 2017. In 2012, another journalist, Khilath Rasheed, was stabbed, with his injuries nearly fatal.

A local group, known as “Dot,” has largely been behind the spread of violent extremism in the Maldives. They have ideological and training roots in Pakistan and transnational jihadi groups as well as ideological roots to a local Salafi religious figure, going back to the late 1980s and 1990s.

This small group of people, mostly young men, found greater space for spreading their ideology in the wake of the devastation caused by the 2004 Indian Ocean tsunami and in the upheavals due to political transformations and deepening fragmentations in the larger religious landscape since 2003.

Political and religious upheavals caused crises of identity in the Maldives, a nation that has long asserted an exclusive national identity based on belonging to Islam. The upheavals also caused social disruptions and dislocations in island communities. These contexts, in turn, provided fertile grounds for not just militant Salafi-Jihadism but also broader Salafi Islam to take root, slowly displacing the long-standing more modernist form of Islam. As the country underwent rapid political liberalization, adopted a new constitution, and held its first multiparty democratic elections in 2008, these religious actors advocated for an “Islamic state” instead of an “apostate” democracy.

In the post 9/11 context, violent extremists further organized their activities in the country by establishing small cells after meeting senior figures of al-Qaeda in 2007. Besides recruitment in the islands such as Himandhoo, early on they started to use Internet platforms. There was also a greater focus on jihad abroad. A dedicated magazine for this cause, Kuriboashi (The Summit), was established.

However, after ISIS declared a caliphate in 2014, the “Dot” group split. One group kept their allegiance to al-Qaeda and related groups in Syria, and the other followed ISIS.

Although their recruitment activities declined after setbacks to terrorist groups in Syria and following interventions by the authorities, the “Dot” group’s biggest legacy has been creation of a vast amount of Salafi-Jihadist literature, entire books of prominent transnational jihadist figures, infographics, pithy sayings, poetry, songs, and videos, in the local language. They have also been successful in establishing small cells in island communities.

Consequently, there has been an “individualization” of the cause of violent extremism in the Maldives. Individuals and small cells, networked by social media and other communications technologies, with excess to Salafi-jihadi ideology, have now taken up the cause of spreading violent extremism using various platforms like Facebook and Telegram.

Extremism During the COVID-19 Pandemic and Beyond

The crises and chaos of the COVID-19 pandemic will create further space for extremists to get organized and spread their agenda. The Maldives had been lucky with no community spread of COVID-19 until the first cases were confirmed Wednesday. However, the pandemic has already wreaked havoc on the country’s critical tourism industry, which directly or indirectly accounts for two-thirds of GDP.

Maldivian supporters of ISIS and other jihadi groups have been quick to exploit the pandemic for propaganda purposes. There is a renewed activism to translate and spread ISIS propaganda. They have focused on framing COVID-19 as a mini-soldier of jihad, a divine intervention that has exposed the weakness of the West. Anti-Western messages have increased. They have also framed the pandemic as a divine punishment for people’s sins and for an “un-Islamic” tourism industry. They have started to spread messages for religious purification and a return to “pure” Islam.

As the community spread of COVID-19 intensifies in the Maldives, the capacity of the authorities to focus on stemming violent extremism will be immensely limited. The police and the military have been used on the frontline of the state response to COVID-19. The pandemic will therefore provide yet another conducive environment for the spread of violent extremist ideology and activities in the Maldives.

Wednesday’s fire may have been a more locally motivated attack. But with ISIS officially recognizing local actors, amidst the COVID-19 pandemic, they will be more encouraged to get further organised as part of a broader ISIS strategy.

Dr. Azim Zahir is a researcher at the Centre for Muslim States and Societies, The University of Western Australia. @aazimzahir.