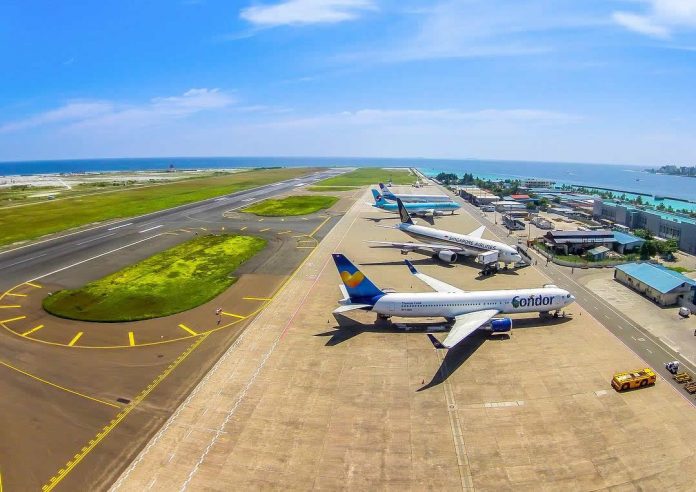 MALE, Sept. 20 (Xinhua) — International flights to and from Maldives’ Velena International Airport (VIA) have increased 5.25 per cent in the second month since borders were reopened for foreign visitors from mid-July, local media reported here Sunday.

According to Maldives Airports Company Limited (MACL), 441 inbound and outbound international flights were recorded at VIA between Aug. 16 and Sept. 15, a 5.25 per cent increase compared to flights in the first month after borders were reopened on July 15.

MACL data also showed that the number of passengers arriving in international flights to VIA has increased 69 per cent, from 7,607 in the first month, to 12,883 in the second month after borders were re-opened.

Meanwhile, local media citing the Ministry of Tourism on Friday said that tourists to the Maldives have remained in the country for 23 days on average in 2020. This is 16.7 days higher than the average for 2019.

According to the Tourism Ministry, 402,089 tourists have visited the Maldives from January to the end of August this year, which is 65.1 per cent lower than the same period last year.

Data showed that 392,176 tourists arrived by air, while 9,931 arrived by sea during this period. Italy was the single largest source of tourists with 45,169 visitors.

Tourists’ arrivals to the Maldives were severely restricted due to the effects of the COVID-19 pandemic and a three-month border closure enforced by the country.