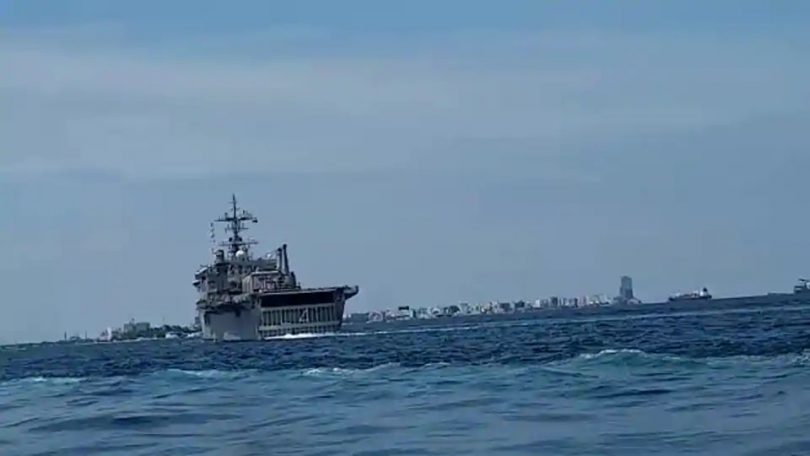 “Back for the second voyage! #INSJalashwa approaching Male port. She will make her second journey tomorrow from #Male to #Kochi to repatriate Indian nationals from the Maldives as part of Op. #SamudraSetu,” the High Commission of India in the Maldives said in a tweet.

Navy ship Jalashwa will be evacuating approximately 700 Indian nationals from Male to Kochi on May 15, during her second repatriation sortie under the Government of India’s Operation Samudra Setu.

The Navy ship has already repatriated 698 citizens to India on May 10 during her first sortie.

Operation Samudra Setu is a repatriation mission launched by the Indian Navy to bring Indian citizens home from foreign shores in the wake of Covid-19.

The mission is being conducted in close coordination with Ministries of Defence, External Affairs, Home Affairs, Health and various other agencies of the Government of India and state governments.

The entire exercise is part of Vande Bharat Mission of the Government of India for repatriation of Indian nationals from the Middle East and the Maldives in the backdrop of Covid-19 pandemic.