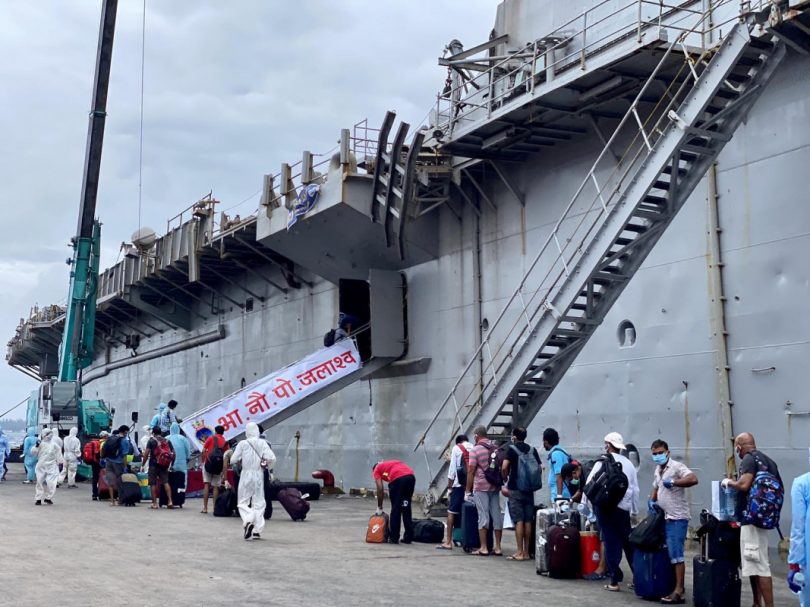 While some Indians repatriated from the Maldives via the Indian Navy have tested positive for Covid-19, the National Emergency Operations Center (NEOC) as revealed that these are employees of Bison Maldives Private Limited.

Noting that authorities have officially be informed of three positive cases from the Indians repatriated from the Maldives, Mabrook said that all are employees at Bison Maldives.

Mabrook also stressed that the foreign ministry is working to confirm reports of others that tested positive for the virus after leaving the country.

Bison Maldives is active in a wide range of businesses including building constructions, hardware retail and travel & hotel operations. The company was established in 2002.

According to Indian news outlets, six individuals had tested positive for Covid-19 after being repatriated from the island nation. Reports state that these individuals are native to Tamil Nadu state’s Kanyamakuri district as well as Chennai and Pudukottai, however, there have been no further details including on when they have left the Maldives.

There have been three evacuation voyages via Indian Navy ships, from the Maldives.