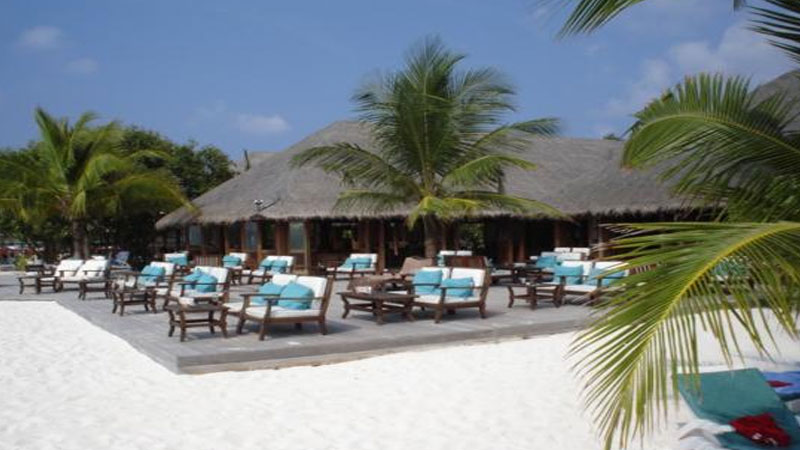 Indian Foreign Minister S Jayashankar recently visited the Maldives. During the visit, he signed an agreement with the Maldivian Defense Minister. According to the agreement, India will build various types of defence infrastructure on an island in the Maldives, including the Coast Guard.

In addition, Jayashankar signed a 50 million defence loan agreement with the Maldives. The deal has been hailed in the Indian media as a landmark move for New Delhi. This Coastguard port is expected to become an important strategic asset for India. Opposition groups called for a cease-fire in protest of the agreement. India’s competition with China for influence in the Maldives is expected to reach new heights.

Opposition political parties in the Maldives have alleged that Indian ports, dockyards and defence infrastructure are being built on the island to make it a future Indian military base. In the future, the Indian Army will have the opportunity to stay there permanently. Opponents allege that the Ibrahim Saleh government is selling the Maldives to India through the deal.

India has agreed to build a coastguard and dockyard on the island of Uthura, very close to the Maldivian capital Malé. Meanwhile, in 2019, Narendra Modi and Ibrahim Saleh have inaugurated the Coastal Surveillance Radar System there.

A report by the Deccan Herald of India on the construction of defence infrastructure on the island of Uthura said that although the Coast Guard was built for the Maldives National Defense Force, it would become a valuable strategic asset for India in the near future. Through this, China became cornered. Beijing has long sought to build defence infrastructure in the Maldives. But since Ibrahim Saleh came to power in November 2018, it has failed. Uthuru Island, located near Malé, is strategically important. From here all the ships coming and going to the main port of Male` can be observed.

On February 21, Jayashankar said in a tweet that he was happy to sign the Uthura Port Project Agreement with Maldivian Defense Minister Maria Didi. In the tweet, Jayashankar described the Maldives as India’s development and security partner.

Following the agreement, various media and opposition politicians in the Maldives have been complaining that the island will become a military base for India in the future. The Maldivian army chief has denied the allegations, but the deal has not yet been released. Opposition lawmakers have demanded that the Uthura project agreement and loan agreement be made public.

A joint statement was issued following the agreement between India and the Maldives. It said the Maldives had sought India’s help in the Uthura project in 2013 under President Wahid Hassan. The Maldives seeks Indian cooperation for maritime rights exercise and maritime surveillance at sea in April 2013 to strengthen and enhance the efficiency of their defence forces. Similar requests were made to India in October 2015 and March 2016. Subsequently, the Indo-Maldives Agreement was signed.

Soon after the agreement was signed, there was a backlash from anti-government political leaders in the Maldives. Opposition MP Ahmed Siam claimed that the main purpose of the base on Uthura Island was for the Indian Army to take up a position there. He told the Sun newspaper in the Maldives that the term “technician” and “official” were used instead of “Indian Army” to deceive the people. In fact, there will be Indian troops behind it.

Omar Nasir, a former home minister in the Maldives, alleged that the agreement would allow the Indian Army to be stationed on the island of Uthura in the future and that the agreement was made after the Indian Army’s warship position there. Construction of India’s infrastructure at the Uthura seaport in the Maldives began eight years ago, but the project stalled after a pro-China government was elected in the Maldives. The project gained momentum again in 2018 when a pro-India government was elected there again.

Abdullah Yameen was the President of the Maldives from 2013 to 2018. The policy of Maldives at that time was India Fast. Despite this policy, Abdullah Yameen tried to get closer to Beijing. At that time, Maldives announced its participation in China’s Belt and Road Initiative project. At this time despair descended on the Indian camp.

India took this opportunity. During Abdullah Yameen’s visit, India signed a defence agreement with the Maldives. The agreement covers a wide range of issues, from coastal surveillance radar to hydrographic surveys and capacity building. For this, an action plan on defence co-operation was adopted.

A 2016 law under the Infrastructure Development category states that India is the Maldives’ partner in the development of Uthura Island, including dockyards. The Indian Navy or Coast Guard will have the opportunity to use the infrastructure here for training and to observe special economic zones. On April 11, 2016, Abdullah Yemeen praised Indian Prime Minister Narendra Modi for highlighting the importance of the Uthura Coastguard project. He said India and Maldives would jointly develop port-related infrastructure on Uthura Island.

The action plan for the Maldives defence agreement with India also includes regular meetings between the two countries’ defence ministers. Even then, Indian officials realized that the Maldives had deliberately adopted a policy of slowing down the Uthura Island project with the aim of reducing Indian influence there. India thinks that the Yameen government has adopted such a policy under the influence of China. Another condition in this defence agreement was to install a radar system on the island of Uthura but the Yameen government did not allow India to install a radar system.

The Maldives’ cool relations with India were severed after the November 2018 elections. In the 2018 elections, the pro-China Abdullah Yameen lost and the pro-India Ibrahim Saleh won. Prime Minister of India Narendra Modi attended the inauguration ceremony of Ibrahim Saleh.

After Ibrahim Saleh took office in January 2019, fears spread in the Maldives that it would eventually become a naval base in India through the Uthura Island project. The army chief, Major General Abdullah Samal, announced that there were no plans to allow the Maldives to set up bases abroad.

After Ibrahim Saleh came to power, activities resumed on the island of Uthura.  Implementation of many new projects including large scale infrastructure has started. Under the Action Plan, India provided an aircraft to the Maldives in September 2020 for the purpose of conducting special economic zone monitoring activities.

The Maldivian Army chief said Indian technicians were only providing humanitarian assistance. According to the army chief, local media in the Maldives reported that the helicopters received from India were being operated by foreign troops because of a lack of suitable local pilots. They are overseeing the maintenance and refuelling of these helicopters. It was also reported that Maldivian pilots are also undergoing training for the future.

An official of the Maldives National Defense Force said there would be no foreign troops thereafter the implementation of the Uthura project. The implementation of this project may be completed within the next three years. Indian officials will provide up to 15 years of assistance for the second phase of Dockyard Technical and Logistics Support. But the general public and opposition political parties in the country have also become vocal in not being able to trust the Saleh government’s military officials.