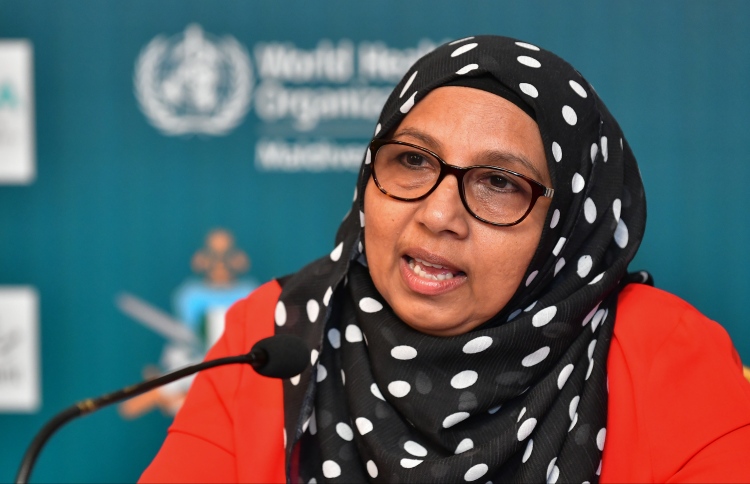 Minister of Gender, Family and Social Services Aishath Mohamed Didi on Sunday confirmed that discussions to establish shelters as a measure to address the possibility of increased domestic violence were ongoing.

The statement was made in consideration of the current Health Protection Agency (HPA) curfew and state advised self-isolation measures amid the COVID-19 pandemic, that may presumably ‘lock-in’ victims with their abusers.

Responding to a question posed by The Edition on proactive measures the ministry would take to aid victims of abuse, Minister Aishath Didi stated that the ministry was in discussion with police authorities and non-profit organizations to potentially establish special centres to house victims of abuse and domestic violence.

The minister also revealed that efforts to inaugurate an additional call centre during the week were underway.

She further remarked that authorities “have not noticed a change, in terms of reports or calls on our hotlines. It is still the same observable pattern”.

However, she added, “Nevertheless, we cannot rule out that it is not taking place”.

“I urge anyone facing a situation of abuse or violence, or if you believe someone is being abused or maltreated, to find strength and be brave at this moment, to call the authorities and report the danger”, said Aishath Didi.

“If any such situations are reported, we will take action”.

Minister Aishath Didi attributed a lack of reported cases to two main reasons—a lack of awareness over ongoing measures by the state and the victim’s potential financial dependency on the abuser(s).

The question posed by The Edition refers to two statistics of particular concern in the country. One in three women in the Maldives reported having experienced either physical or sexual violence once during their lifetimes. The second being a significant rise in the number of child sexual abuse cases reported to authorities across January, following the surfacing of a shocking case involving a minor, in which the perpetrators were immediate family members.

The World Health Organization (WHO) describes domestic violence as a “deadly epidemic” that is also “one of the most widespread, but among the least reported” of human rights abuses.

In the Maldives, non-government organizations such as ARC (Advocating for the Rights of Children), and FLC (Family Legal Clinic) are collaborating with the Gender Ministry to raise awareness and encourage people in need to report. At present, any and all persons suffering from domestic violence or any form of abuse can reach out for help by calling either hotline; +960 3328393 to reach the gender ministry or +960 9977771 to seek help from FLC.

Presently, Maldives records 19 confirmed and six active cases of COVID-19, with a total of 13 recoveries. While there are two confirmed cases of Maldivians, no local to local transmissions have been recorded.

The World Health Organization (WHO) has classified the spread of COVID-19 as a global pandemic. The novel coronavirus has infected over 1,272,900 people and claimed over 69,400 lives around the world. However, out of those infected, more than 941,100 people have recovered.