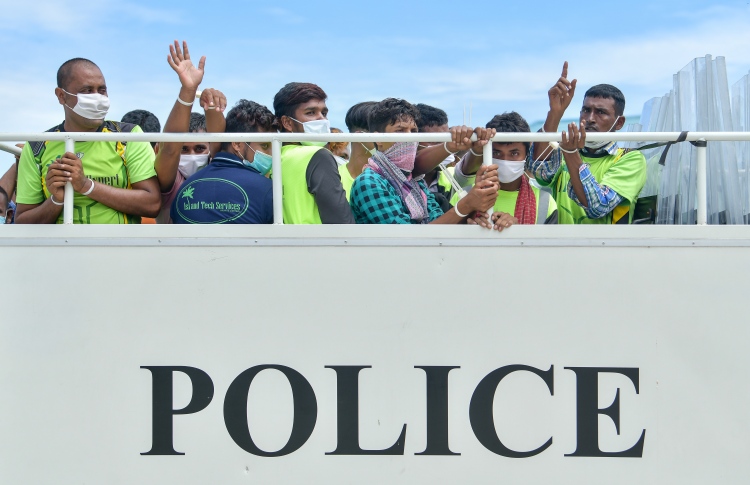 On July 13, police detained 41 expatriate workers following a violent protest staged by the Thai company’s employees, resulting in injuries to officers and damage to police vehicles.

An official source from Immigration told The Edition that Maldives Police Service transferred the 41 migrant workers to Immigration’s custody, of which 38 Bangladesh nationals were deported back to their home countries.

As per the source, three Indian nationals currently remain under Immigration’s custody at the Hulhumale’ Detention Centre until borders, closed as a precautionary measure amidst the ongoing pandemic, reopen for transportation.

He further confirmed that the deported migrant workers had received their full salaries prior to being extradited.

Island Expert’s Managing Director Anon Songpanya previously admitted that no employees were paid since the implementation of lockdown measures, attributing delays in salary payment to numerous challenges posed by the ongoing COVID-19 pandemic.

On July 9, the MD had asserted that distribution of salaries had begun, assuring that “they [the expats] will not stage demonstrations on the road anymore”.

However, as per local media reports from the most recent protest, the workers state that Island Expert only paid a small fraction of the total sum of unpaid wages.