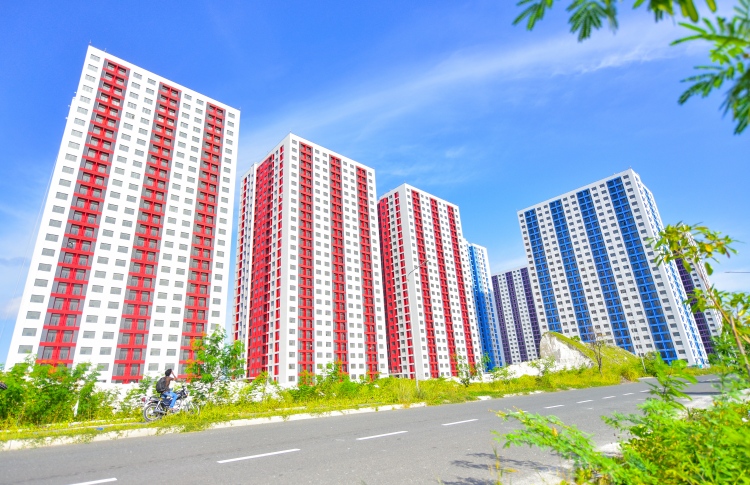 Amid the heated debate surrounding the design and estimated rent of the flats developed under the ‘Hiyaa Project’, Housing Development Corporation (HDC) spoke up Wednesday, asserting that the lease would be higher than the amount stated by the previous administration.

Spearheaded by the Progressive Party of Maldives (PPM) government of former President Abdulla Yameen Abdul Gayoom, the Hiyaa Project comprised the development of 7,000 flats, in the form of 16 towers of 25-storeys each, in reclaimed suburb Hulhumale’s second phase.

The project, awarded to China State Construction Engineering Corporation (CSCEC), was undertaken with a USD 437 million loan from the EXIM Bank of China along with a sovereign guarantee from the government, at an interest of six per cent. A period of five years to repay 15 per cent of the loan, and 15 years to settle the remaining amount was granted to the Maldivian government.

The project’s costs and move towards further centralisation of the Maldivian population drew harsh criticism from then-opposition and the current administration.

Earlier this month, former president and incumbent Speaker of Parliament Mohamed Nasheed slammed the Hiyaa towers as a “debt trap”. Claiming that the flats, which measure 572.96 square feet, were constructed at a rate of MVR 1,900 per square foot, he stated that flat buyers would have to pay rent up to MVR 11,000 per month. 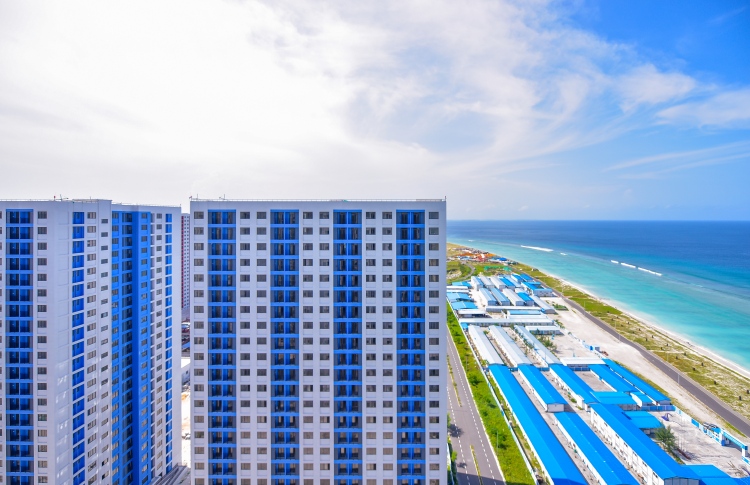 Refuting his remarks, Dr Mohamed Muizzu, who served as the housing minister during the PPM administration, soon after declared that a monthly rent of MVR 5,600, amounting to MVR 1.3 million over a period of 20 years, would cover the project’s costs as well as profit.

Backing his argument, Dr Muizzu publicised a letter sent by then-state minister and PPM’s Vice President Ghassan Maumoon to the housing ministry. The letter read that then-President Yameen had settled on MVR 25,000 as downpayment, and MVR 5,600 as rent and MVR 1,000 as maintenance fee to be paid over a period of two decades.

Hence the former housing minister and members of the current opposition lambasted the government, accusing them of attempting to extort higher prices from flat buyers.

However, this Wednesday, HDC’s Managing Director Ahmed Suhail pronounced that the amount circulated by Dr Muizzu was incorrect, as MVR 5,600 monthly could not cover the loan taken for the project.

Acknowledging the current administration’s standing that the rent would reach MVR 11,000, he nonetheless declared the amount too high for social housing.

Suhail assured that the government would seek to set the rent at no higher than MVR 7,500 per month instead.

In addition to the conflicting amounts by the government and opposition regarding Hiyaa’s rent, concerns have also been raised over the size and interior of the flats, as well as delays in the handover.

PPM’s administration had initially planned to distribute the Hiyaa apartments to recipients without completing the finishing works, such as installing doors and lights, painting and tiling the walls and floors. 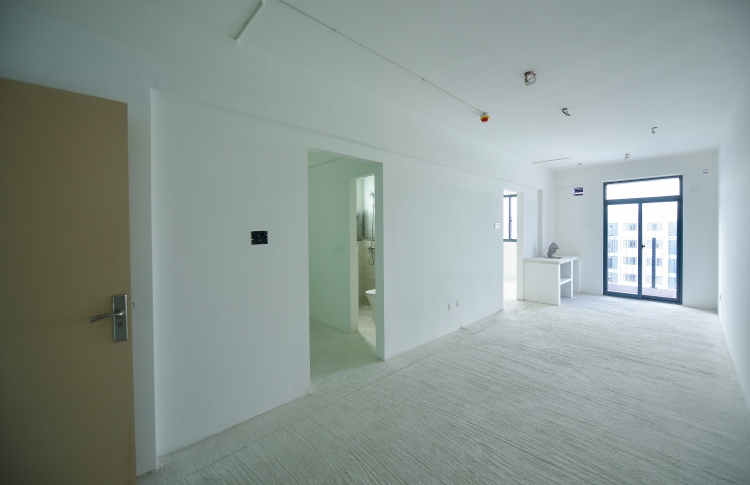 Inside one of the flats constructed under the Hiyaa Project: the flats are to be handed over without completing the finishing works. PHOTO/MIHAARU

The move had drawn contempt from the current government including President Solih, describing it as another burden to be borne by the flat buyers. They declared plans to take an additional loan of USD 45 million to cover the finishing prior to handover. The loan had also been guaranteed by the Credit Suisse in Singapore.

However, among increasing complaints from the public over the delay in issuing the flats, President Ibrahim Mohamed Solih on Tuesday announced the government’s U-turn on the decision. He stated that handing over the flats without the finishing works, as per the previous administration’s plan, was the only solution to prevent more delays.

HDC also confirmed the decision on Wednesday, stating that it would not be taking the additional loan.

Aside from the incomplete finishing stage, the government and opposition also clashed over the individual size of the flats.

Speaker Nasheed’s description of the apartments as claustrophobic “dovecotes” earlier this month took off on social media, following which Dr Muizzu hit back that 572 square feet were not considered small for a two-bedroom flat.

According to local media Mihaaru, some veterans of the construction industry confirmed the former housing minister’s statement, affirming that 570 square feet amounted to the average two-bedroom apartment in capital Male’, which is also not uncommon in the relatively more expansive Hulhumale’.