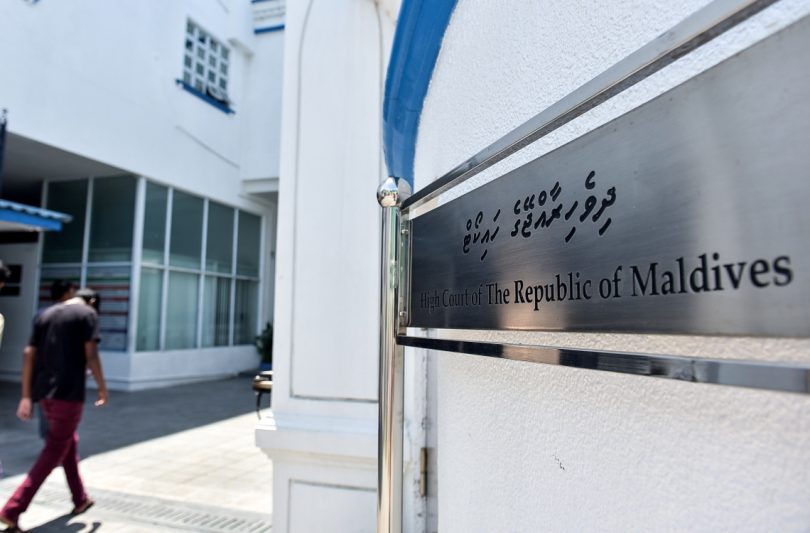 The High Court, on Tuesday, issued an injunction preventing the Ministry of Tourism and all relevant parties from approving the transfer of the head lease of Kuredhivaru, Noonu Atoll.

The injunction will remain in effect until the conclusion of ongoing proceedings at the Civil Court which seeks to nullify the duplicitous transfer of shares held by Mohamed Sadeef, Joanna Dominika Majerska and Arkadiusz Maciej in Zen Resort Private Limited, the company that owns the head lease of Kuredhivaru Resort.

Mohamed Sadeef, Joanna Dominika Majerska and Arkadiusz Maciej Majerski are shareholders of Ridgewood Hotels and Suites Pvt Ltd, the company which created Zen Resort Pvt Ltd in August 2013 as a joint venture company under an agreement signed with the government to develop, operate and manage Kuredhivaru as a resort. Therefore, Ridgewood owned 90 per cent of shares in Zen Resort Pvt Ltd.

According to the claim filed at the Civil Court, the transfer of Ridgewood Hotels shares in Zen Resort without the knowledge of the shareholders in 2016 impinged their rights. It was argued that if the head lease were sold before the Civil Court reached a verdict, the applicant would be deprived of any benefits entitled to him.

Although Sadeef initially sought to an injunction from the Civil Court to block any attempts to transfer the head lease of Kuredhivaru, the court ruled against issuing such an order.

Subsequently, Sadeef appealed the Civil Court’s decision to deny an injunction with the High Court.