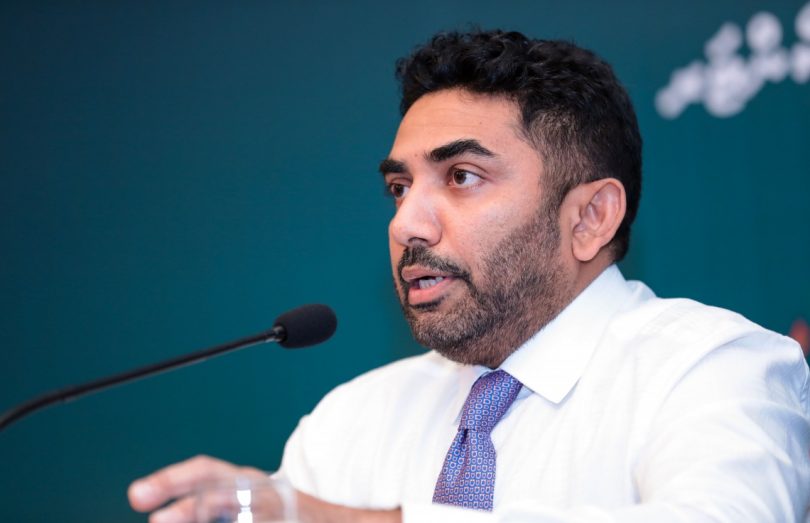 Minister of Health Abdulla Ameen, on Monday, recused himself from his duties, following public uproar over the ministry’s controversial spending of state funds for the COVID-19 response.

In a letter addressed to President Ibrahim Mohamed Solih, Ameen, who is also the Vice President of Jumhooree Party (JP) belonging to the coalition government, stated that he will be stepping away from his responsibilities as health minister, until relevant authorities complete the investigation, or the President makes a decision regarding the matter.

Prior to receiving Ameen’s letter, President Solih had lodged the violations noted in the audit report at Maldives Police Service and Anti Corruption Commission (ACC). The two institutions will conduct a joint investigation into the case.

According to the compliance audit report released by AG Office on Sunday, the ministry had spent millions in violation of the Public Finance Act, whilst claiming to procure ventilators and other medical supplies.

Moreover, the report stated that there was no way to guarantee that the state had received the items that were supposedly purchased by the ministry.

Although the Health Ministry had maintained that ventilators were being procured from Dubai company Executors General Trading LLC with the recommendation of the World Health Organisation (WHO), the audit revealed that these were false claims as well.

“Theft of trust and the physical theft of the state budget. He has committed both these thefts”, ruling Maldivian Democratic Party (MDP)’s parliament representative of Galolhu South constituency Mickail Naseem said, debating on the emergency motion submitted to the Parliament on Monday, over the health ministry’s audit report.

Calling the “ventilator theft” the most disgusting act anyone could commit in the midst of a global pandemic, while human lives were at unprecedented risk, Mickail stressed that MDP would not allow such exploitation.

“I call for the immediate removal of the Health Minister”.