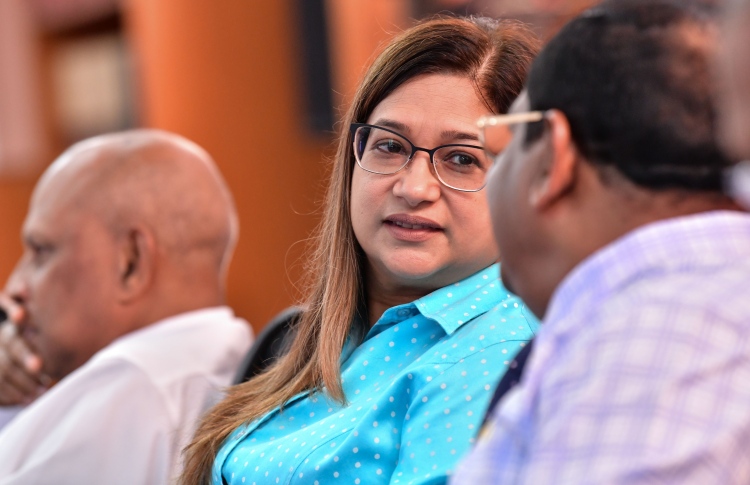 High Commissioner from the Maldives to United Kingdom (UK) Dr Farahanaz Faizal on Monday participated in a webinar organised by the Commonwealth Blue Charter for World Oceans Day 2020, themed ‘mapping the Commonwealth one coral reef at a time’.

During the event, HC Farahanaz made a special address, in which she highlighted the dependence and connection Maldivian people have with the ocean.

Furthermore, she spoke of the challenges the Maldives faces due to climate change, and initiatives the Maldivian government is taking to protect its marine environment.

Farahanaz also stated that the Maldives is developing plans to phase out single-use plastic by 2023 and reiterated the announcement made by President Ibrahim Mohamed Solih at the Blue Leaders Call to Action on Ocean and Climate meeting, that the Maldives aims to fully protect at least 20 per cent of its oceans in the coming years to boost fish stocks, enhance marine life, and safeguard peoples’ livelihoods.

The webinar aimed to highlight the partnership between the Commonwealth and Vulcan Inc., a private company founded by the former Microsoft co-founder Paul Allen and his sister Jody Allen, committed to improving their environmental performance such as reducing waste, conserving energy and water and eliminating toxic chemicals.

Furthermore, the event addressed efforts being made to map the Commonwealth’s coral reefs and accelerate protection and restoration efforts throughout these reefs.

Allen Coral Atlas is the first 3.7m- resolution global map of the world’s coral reefs. The mapping provided by Vulcan Inc. converts various sources of data on coral reefs to generate detailed maps, images and notifications to support the implementation of coral reef and other ecosystem planning, as well as governance, monitoring, evaluation, and management throughout Commonwealth countries.