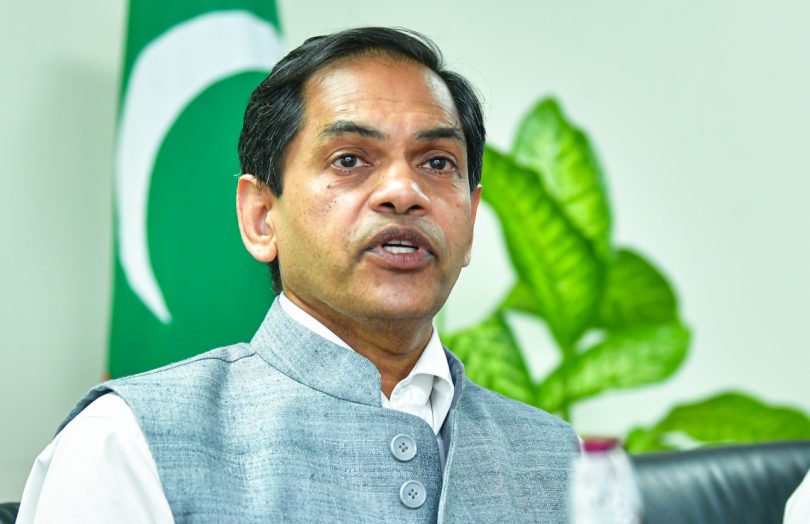 The Indian High Commission in the Maldives announced that additional flights would be scheduled to repatriate Indian nationals stranded in the Maldives, amidst the ongoing COVID-19 pandemic.

High Commissioner Sunjay Sudhir confirmed that three Air India flights will evacuate more Indian nationals in the Maldives on June 16, 17 and 18. The first two flights are scheduled to land directly at Trivandrum and Delhi respectively, while the last flight will make stops at three Indian cities, including Kolkata.

The aforementioned repatriation efforts fall under the Vande Bharat Mission, launched by the Indian government on May 7 to evacuate Indians stranded in foreign countries.

During phase one of this operation, 1,488 Indians were repatriated from the Maldives to Kochi via sea.

Moreover, 152 Indian nationals were repatriated from the Maldives by air, during phase two of Vande Bharat. An additional 700 Indians are scheduled to leave for their home country on a navy ship on upcoming Friday as well.

Stating that a large number of individuals are requesting to travel back to India, Sudhir noted that it will not be possible to accommodate every request.

“We will try our best to accommodate as many of the deserving cases as possible”, he assured.

Since India has now allowed the operation of chartered flights, Sudhir also stated that efforts will take place to collaborate with private companies and aviation partners to organise charters.

All Indians travelling back home from the Maldives via the sea route will undergo a 14-day quarantine period at Kochi.

Till date, five Indian nationals who were repatriated from the Maldives have been found positive for COVID-19. They were tested for the virus before disembarking at the harbour at Kochi, and are now receiving treatment.

Repatriation efforts are also being carried to evacuate citizens of Bangladesh and other foreign countries stranded in the Maldives as well.

The COVID-19 outbreak in the Maldives’ capital has disproportionately affected its migrant worker population, the majority of whom are Bangladeshi nationals living in highly congested quarters where it is impossible to reduce contact or exercise social distancing. Their often small-spaced living conditions have been described by local and international civil society organizations as, “claustrophobic”, “unsanitary” and “overcrowded”.

The Maldives recorded its first case involving a migrant worker, who was from Bangladesh, on April 19. Since, the total number of Bangladeshi workers that have tested positive for COVID-19 have surpassed 1000, while 186 Indian nationals have contracted the virus as well.

Presently, Maldives records 1,829 confirmed cases of COVID-19 with 1,334 active cases, 488 recoveries and seven fatalities. Capital Malé, one of the most densely populated places in the world, has recorded a significant increase in COVID-19 cases since recording its first local transmission on April 15.

The World Health Organization has classified the spread of COVID-19 as a global pandemic. The new strain of novel coronavirus has infected over 6.3 million people and claimed over 377,607 lives around the world. However, 2.9 million people have recovered from the infection.