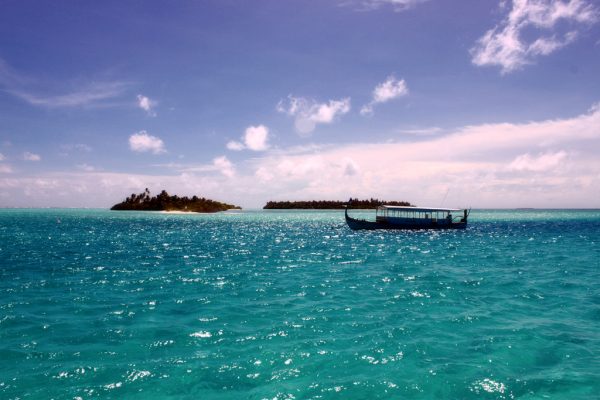 India has taken a lead over China in their contest for influence in the Maldives.

On Thursday, India’s Minister for External Affairs Subrahmanyam Jaishankar told his Maldivian counterpart, Abdulla Shahid, that New Delhi would fund the implementation of the Greater Malé Connectivity Project (GMCB) through a $100 million grant and a $400 million line of credit.

The GMCB project is a 6.7 km-long bridge and causeway link that will connect the Maldivian capital Malé with the neighbouring islands of Villingili, Gulhifahu and Thilafushi. It also includes the building of a port at Gulhifahu and an industrial zone in Thilafushi.

It would be the Maldives’ “largest civilian infrastructure project,” a Ministry of External Affairs statement said. The most high-profile of projects undertaken by the Chinese in the Maldives as part of the Belt and Road Initiative, the 2.1 km-long Sinamalé Bridge, links Malé with Hulhulé and Hulhumalé islands.

The “high-visibility” GMCP will render the Sinamalé Bridge “insignificant in comparison,” according to Indian sources.

More than the bridge, it is the magnitude of India’s lending and the role it is poised to play in Maldivian development that will dwarf the Chinese role in the Maldives.

An Indian Ocean archipelago of 1,192 coral islands, the Maldives’ geographic location – it sits near major sea lanes, including the East-West shipping route through which much of West Asian oil headed for East Asia is transported – has given it an immense strategic significance. It has, therefore, drawn the attention of the big powers, especially India and China. The Maldives has situated just 700 km from India’s Lakshadweep island chain, and 1,200 km from the Indian mainland.

New Delhi has wielded strong influence over the Maldivian government for decades. It was only after Abdulla Yameen became president in 2013 that the archipelago began slipping out of India’s sphere of influence and into the Chinese orbit.

The Chinese provided diplomatic support to Yameen’s authoritarian rule at global forums, prompting the Maldivian leader to turn to the Chinese rather than India, the archipelago’s traditional security provider and friend for funding and development support. This resulted in the Yameen government borrowing heavily from China. He ran the country into massive debt totalling an estimated $1.4 billion.

This was of concern to India. Would the Maldives, like Sri Lanka, end up handing over strategic assets in lieu of unpaid debt to China? Would the Chinese set up a naval base in the archipelago?

Meanwhile, opposition to Yameen’s authoritarian style of governance and his corrupt business deals with the Chinese was mounting in the Maldives. It contributed to his defeat in the September 2018 presidential elections.

Under his successor, Ibrahim Solih, the Maldives sought to reset relations with India. In a bid to weaken the archipelago’s dependence on China, India extended a line of credit of $800 million to Malé. New Delhi has added to this with its $400 million lines of credit for the GMCP.

At present, India is engaged in an array of projects in the Maldives including water and sewerage projects on 34 islands, airport redevelopment at Hanimadhoo, and a hospital and a cricket stadium in Hulhumale.

While India’s profile in the Maldives is growing again, China holds considerable leverage over the archipelago. The Maldivian economy is heavily dependent on tourism, and China is the main source of tourists. Furthermore, the Maldivian fishing industry remains dependent on the Chinese market.

China could use any of these issues to pressure the Maldives. Its influence over the archipelago remains strong.

It is still too early for India to celebrate having outpaced the Chinese in the Maldives.