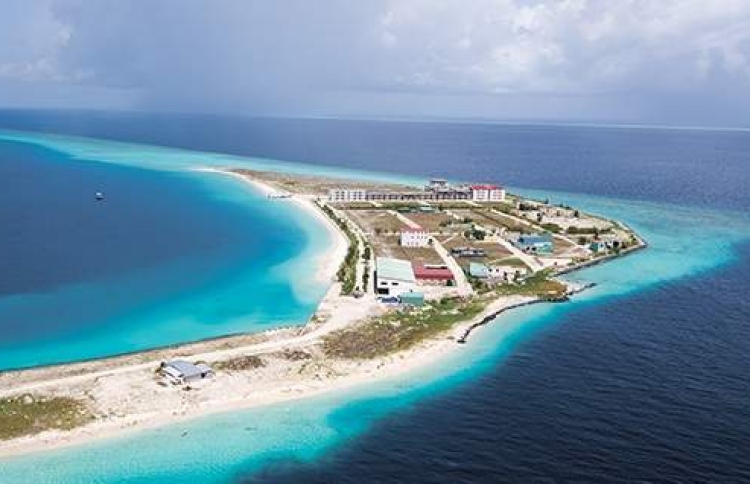 The Ministry of Planning and Infrastructure, on Monday, revealed that the total cost of conducting the Gulhifalhu reclamation project as per the masterplan would reach MVR 1.86 billion (USD 120 million).

The government revealed its decision to move ahead with the reclamation of 30 hectares of land in Gulhifalhu, Kaafu Atoll on May 6 despite warnings from local NGO’s, environmental movements and conservationists that the project could cause irreversible damage to a fragile environment.

Speaking during a meeting held by the Parliament’s Environment and Climate Change Committee on Saturday, Minister of National Planning and Infrastructure Mohamed Aslam stated that the overall cost of the project could be reduced if it were possible to acquire the sediment required for the reclamation project from a closer area.

On June 2, the committee decided to investigate potential damages to the Vilimale’ area, as a result of ongoing reclamation at Gulhifalhu.

Awarded to Dutch dredging company Boskalis Westminster Contracting Ltd without the mandated bidding process, the project intends to facilitate the relocation of the Male’ Commercial Port to the industrial island of Gulhifalhu and create accommodation for 40,000 expatriates.

The planned ‘Trade Facilitation and Transport network’ also involves the construction of multiple bridges to facilitate interconnectivity between the Greater Male’ region.

Despite acknowledging that reclamation at Gulhifalhu and other similar projects would harm the environment, Minister Aslam asserted that the project was important to the Maldivian economy.

He stated that Gulhifalhu reef was the most adequate location to establish a new port as the capacity of the Male’ Commercial Port was reaching its limit.

On June 5, Local environmental campaign ‘Save Maldives’ on Friday called on President Ibrahim Mohamed Solih and the government to “stop the Gulhifalhu ecocide” and “re-think unsustainable, debt-funded development projects” to protect the environment and biodiversity of Maldives.

“The expected environmental loss and damage is already emerging, as sedimentation from dredging threatens the surrounding area including the Villimale house reef and dive sites nearby, impacting the livelihoods of divers, fisherfolk, resorts and other local businesses”.

The NGO further noted that the open letter sent to the parliament on May 19, appealing to halt the Gulhifalhu project, was yet to receive any acknowledgement or response.