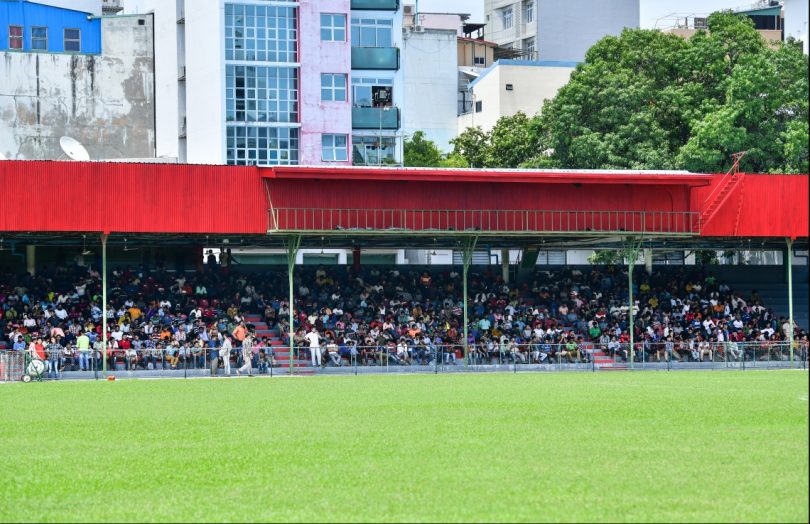 Maldives’ government, on Thursday, announced plans to begin the implementation of the ‘National Anti-Human Trafficking Action Plan 2020–2022’, by approving the allocation of funds through the state budget.

The move to allocate funds to the anti-human trafficking agenda is unprecedented, following the revision of the Anti-Human Trafficking Act, said the Ministry of Defence.

According to the Ministry, the action plan will be carried out in accordance with the United Nations Convention against Transnational Organized Crime (UNTOC), to which the Maldives is a party to.

Under the action plan, which aims to accelerate the elimination of Trafficking in Persons (TIP) in the Maldives, Defence Ministry stated that a dedicated TIP office will be established, which in turn, would monitor, screen, investigate and assist in the prosecution of all forms of trafficking.

Moreover, the office will also provide social support services for victims, as well as a toll-free hotline to report offenders, while carrying out anti-TIP workshops for law enforcement, immigration officials, prosecutors, judges and social service providers.

As revealed by the Ministry, efforts are underway to develop shelters for trafficked individuals.

Government-led anti-human trafficking efforts are spearheaded by the National Anti-Human Trafficking Steering Committee (NAHTSC). Although the Committee was under hiatus for the past two years, President Ibrahim Mohamed Solih’s administration later activated the committee.

In June 2020, the United States ‘Trafficking in Persons Report’ placed the Maldives in its ‘Tier 2 Watch List’ for failing to prevent forced labour, fraudulent recruitment, confiscation of identity and travel documents, debt-based coercion and human trafficking. The Maldives has remained on Tier 2 for the past two years.

Large rifts have recently been observed between various civil factions, with a number of Maldivians calling for the immediate deportation of all migrants, labelling migrant-led demonstrations as acts of terror that threaten the sovereignty and religious unity of the nation.

Over the last couple of months, several rallies were held by concerned citizens, advocacy collectives and opposition over various issues, including its continued tolerance over severe mistreatment of expatriate workers in the country.