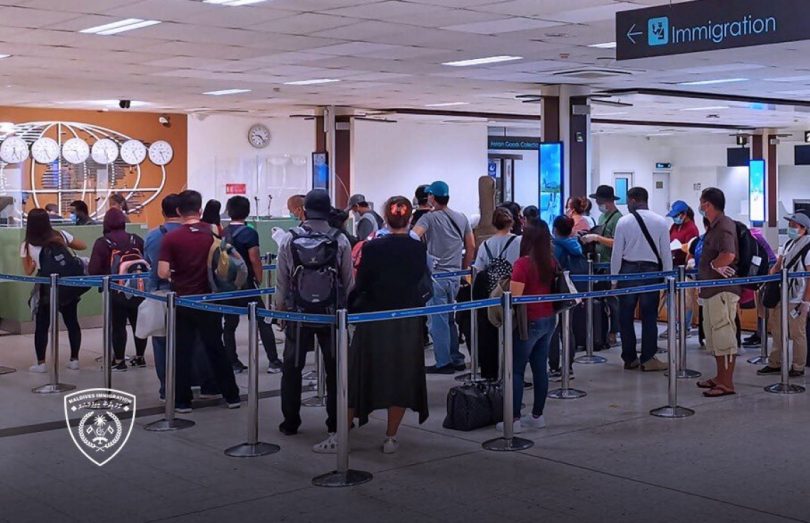 Maldives immigration announced on Saturday that a total of 701 foreigners stranded in the Maldives over COVID-19 travel restrictions were granted immigration clearance to depart the country.

Maldives Immigration confirmed via a tweet on Friday that a total of 701 foreign nationals were granted immigration clearance and had departed the Maldives on outbound travel to Italy, Indonesia, and the Philippines on April 24 and April 25. Most of the passengers were expatriate workers, the border control authority added.

A total of 701 foreigners were granted immigration clearance, who were en route to their home via evacuation flights from Italy, Indonesia and Philippines, on 24 & 25th April 2020. Most of them were expatriate workers. #Covid_19 pic.twitter.com/HBYq9swfQs

In a bid to contain the spread of COVID-19 in the country, the Maldivian government stopped issuing on-arrival-visas and closed its borders at Velana International Airport on March 27, effectively leaving several stranded in the island nation. Tourists who had entered the country before the airport lockdown order was allowed to remain in the country until the end of their stay.

Minister of Tourism Ali Waheed on April 10 revealed that 938 tourists remained in some 27 resorts across the country, with around 200 or so unable to leave the country due to global travel restrictions over the COVID-19 pandemic.

Tourism ministry last week arranged Qatar Airways to operate a special flight from Malé on April 21, for outbound travel to London, Paris, and Frankfurt, to repatriate some of the tourists and expatriate workers stranded in the Maldives.

Maldives has recorded a significant increase in COVID-19 cases since its first confirmed case within the capital city of Male’ on April 15 involving a local woman that sought assistance from a flu clinic in Malé after developing symptoms.

The World Health Organization (WHO) has classified the spread of COVID-19 as a global pandemic. The novel coronavirus has infected over 2.92 million people and claimed over 203,270 lives around the world. However, out of those infected, more than 837,000 people have recovered.