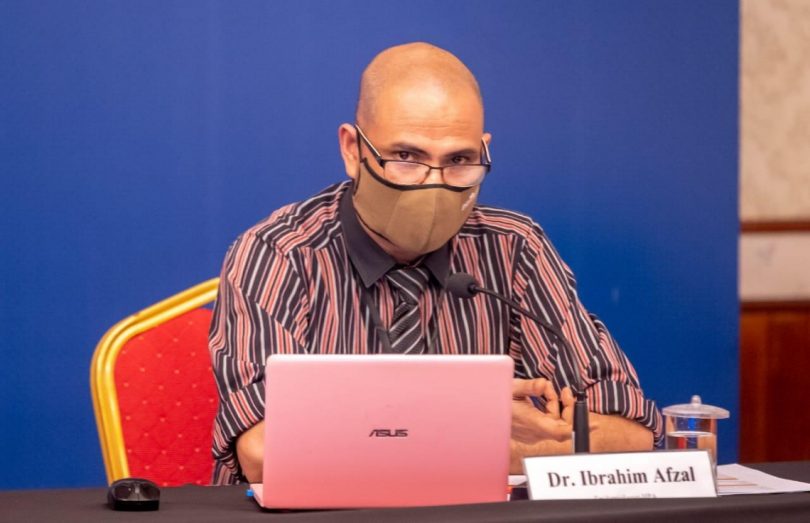 The Health Protection Agency (HPA) revealed late Saturday that the majority of confirmed COVID-19 cases in the Maldives concerns front-liners and unemployed individuals.

According to HPA’s graphs, there are over 600 confirmed cases among both front liners and the unemployed. The third highest numbers were recorded among labourers at over 400, followed by students and teachers at schools and colleges with also more than 400 cases.

Among frontline workers, HPA’s data indicates that the majority of confirmed cases are among those working at airports, followed by workers at health care facilities, with police officers ranked third.

Dr Afzal attributed the soaring amount of cases among frontline workers to the teamwork nature of their jobs.

However, he noted that the upsurge in cases among students and teachers was not due to an infection spread among educational institutions, but contracting of the virus from outside and carrying it back home, thus enabling further spread.

Moreover, the information disclosed by Dr Afzal shows that despite the sharp incline in confirmed cases this month, the number of expatriates testing positive is at the same amount as during the lockdown previously implemented across the Greater Male’ Region. However, the number of cases among locals has been exponentially increasing.

After recording significantly low numbers in the months of May and June, COVID-19 cases in Maldives skyrocketed again after the state commenced the phased easing of lockdown restrictions across the Greater Male’ Region. As per authorities, the spike indicates a high level of community spread in the country.

As the capital city of Male’, one of the most densely populated cities in the world, continues to record a significant number of virus cases per day, the government has redoubled protective measures, implementing a curfew from 2200 to 0500 hrs and mandating facemasks.

On March 12, WHO classified the spread of COVID-19 as a global pandemic. To date, the new strain of novel coronavirus has infected over 25.1 million people and claimed over 847,200 lives around the world. However, out of those infected, more than 17.5 million people have recovered.