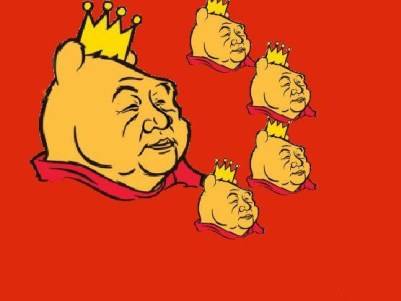 Even as countries continue to reel from the economic repercussions caused by the coronavirus outbreak, they are plagued with another crisis that is staring them at their face—Chinese debt trap. After China exported coronavirus across the world, crippling economies and public health systems in its wake, Chinese banks have upped the ante in their efforts to claw back the money granted as loans to the foreign countries.

The former president of the Maldives and current speaker of the Parliament Mohamed Nasheed recently took to Twitter, lamenting about the growing pressure that the Chinese banks are exerting on the tiny Island nation to repay its outstanding debt. He said that after battling COVID crisis, Maldives needed “breathing space” but the Chinese banks have refused to offer any concessions for the loans. The Maldives has to repay a debt of $15 million to the Chinese Banks over the course of the next 14 days.

“Over the next 14 days, Maldives Treasury must pay over $15m to Chinese banks. These banks have not, thus far, given any concessions for these loans. These repayments represent over 50% of government income over the next 14 days. After Covid, Maldives needs breathing space,” Nasheed tweeted.

Over the next 14 days, Maldives Treasury must pay over $15m to Chinese banks. These banks have not, thus far, given any concessions for these loans. These repayments represent over 50% of government income over next 14 days. After Covid, Maldives needs breathing space. ??? ??‍♂️

Soon after Mr Nasheed’s party won the elections in 2018, it began looking into the nation’s finances. What they found shocked them beyond belief. The previous government of the Maldives, headed by Mr Yameen, had reportedly borrowed more than the acceptable limit. The GDP of Maldives is around $4.9 billion but it reportedly owed upwards of $2.5 billion to China.

Nasheed and his Maldivian Democratic Party, with President Ibrahim Mohamed Solih, have been critical of the massive Chinese debt amassed under the previous regime. Nasheed had earlier stated that the Chinese loan was inflated on paper, made to a bigger amount than the actual money paid. He had also claimed that the development projects funded by the Chinese have no clear business plans to suggest how to pay back the loans.

The exorbitantly high outstanding amount that the Maldives owes to China led Mr Nasheed to worry if the country is could face the same fate as Sri Lanka’s Hambantota port. Earlier in 2018, China made Sri Lanka cough up the Hambantota port, miles off the shores of its rival India, and a critical base to monitor the Indo-Pacific trade route.

Similar to the case of the Maldives, the former Sri Lankan President Mahinda Rajapaksa had taken enormous loans from China that the succeeding government in Sri Lanka struggled to square accounts with. As a result, after tough negotiations and months of pressure from Beijing, the Sri Lankan government handed over the port and 15,000 acres of the land nearby to China for 99 years.

This is one of stark examples of Beijing’s debt trap, using its economic superiority and influence to extend outsize loans to foreign countries on favourable terms and later playing hardball to recover them, forcing the beneficiaries to give up their sovereignty of their controlled territory.

By contrast, India had provided substantial and continuous financial support to the Maldives in its fight against coronavirus. In September 2020, India had extended no-strings-attached financial assistance of $ 250 million to help Maldives tide over the economic impact of the COVID-19 pandemic. The grant, provided under the most favourable terms possible, was in response to the request made by President Ibrahim Mohamed Solih to Prime Minister Narendra Modi to overcome the difficult economic situation in the Maldives.

In October 2020, India signed a loan of $400 million loan pact with the Maldives for a mega connectivity project. The announcement was made by External Affairs Minister S Jaishankar, who contended that the project would help showcase India’s expertise in conceptualising and implementing a complex infrastructural project.

India continued to provide generous assistance to the Maldives after the turnaround in its ties following the change in guard in Male. As of October 2020, India’s credit lines and grants to the Maldives stand at a staggering $2 billion (Rs 15,000 crore). According to the signed pact, projects covered under the line of credit extended by New Delhi to Male relate to water and sewerage, island development, a cricket stadium, a port, an airport and a road.

A landmark moment in Maldives-India cooperation today as we receive Indian assistance of USD250 million as budget support and USD500 million for the Greater Malé Connectivity Project. I thank PM @narendramodi and the Indian people for their generosity and friendship.

In addition to this, the Maldives had also received 5.5 tonnes of essential medicines from India, which also helped the island nation in evacuating its citizens stranded in Wuhan during the coronavirus lockdown in China. India had also deployed a medical team in the Maldives to contain the spread of the coronavirus.

India also took special effort to help the Maldives financially through a transparent mechanism. The RBI raised Treasury Bonds which were sold to the State Bank of India (SBI), Male, for handover to the Maldives government.