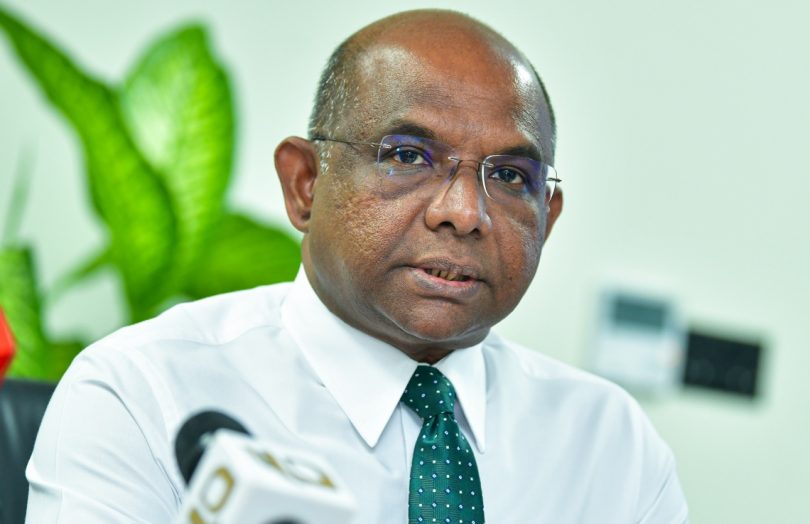 The conversation took place via an online video conference medium.

At present, the two nations are veering towards a ‘new normal’, both having begun to ease restrictive measures that were placed to curb the spread of the virus.

During the meeting, the ministers updated one another on the respective pandemic response, building on the previous exchange during their telephone call on April 10, 2020.

In particular, Minister Shahid elaborated on the repercussions wrought by the health crisis, on Maldives’ economy.

Delighted to have a constructive virtual meeting with my dear friend FM of #UAE HH Sheikh Abdullah Bin Zayed Al Nahyan @ABZayed. As we embrace the new normal, while remaining vigilant against #covid19, #Maldives is privileged to have a true friend & partner in the UAE. @MoFAICUAE pic.twitter.com/9evB4lrk3y

Further, the ministers deliberated on possible opportunities to collaborate in the future.

Commending UAE’s campaign on early detection and treatment through extensive testing, the foreign minister noted the Maldivian government was also working to boost testing capacity in hospitals and clinics across the country while resuming economic activity.

Minister Shahid also expressed gratitude to the government of the UAE earlier in June, for donating 72 tonnes of crucial medical equipment worth USD 5 million to the Maldives.

Both Foreign Ministers reiterated their commitment to continue cooperating on bilateral, regional and international issues of mutual interest in order to further strengthen diplomatic ties between Maldives and UAE.