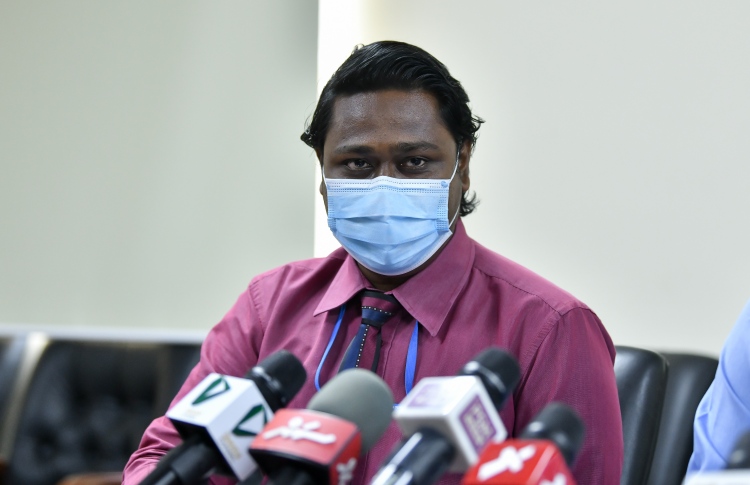 Ministry of Finance, on Monday, denied that foul play was involved in handing over the USD 6.7 million (MVR 100 million) National Single Window project of the Ministry of Economic Development, to an ineligible contractor.

Funded by the Asian Development Bank (ADB), the single window project, which aims to link the economic ministry with the services of other trade institutions across one network, was tendered by the Ministry of Finance and contracted to Webb Fontaine Asia Inc.

In a press conference held in the wake of ADB cutting off the funds for the project, Finance Ministry’s Senior Policy Director Hussain Hameem repeatedly asserted that “no corruption” was involved, adding that the bank had also concluded that the bidding process did not violate ADB’s anti-corruption policy.

According to him, ADB cut off the funds when the bank came to the realisation that Webb Fontaine Asia Inc in the Philippines did not meet experience requirements.

The finance ministry’s initial tender stipulated that the contractor’s portfolio must include a minimum of two similar projects, each valued at no less than USD 4 million. Whereas Webb Fontaine Asia Inc did not have that experience, the Webb Fontaine Group had submitted details of projects carried out by its main office, to win the bid.

As per a case lodged at the Anti Corruption Commission (ACC) last year, Webb Fontaine Group had submitted its project proposal and documents under Webb Fontaine Asia Inc, its branch in the Philippines. However, the project’s workings were to be undertaken by its main office headquartered in Dubai, the United Arab Emirates (UAE).

The UAE is not among the 68 countries listed in the finance ministry’s bid document, whereas the Philippines is included. Subject 4.2 of the bid document clearly states that firms from any countries not included in the list are not eligible.

Stating that “the contractor did not claim any false information”, Hameem maintained that Webb Fontaine had not submitted any documents unlawfully. The issue was, according to him, simply “not flagged during the evaluation process”.

Therefore, he declared that the “complex” project was “wrongfully awarded” due to a “minor oversight” by all parties involved, including the bid committee, the ministry and ADB as well.

“ADB did not halt project”

Hameem went on to explain that the bank had initially greenlighted the project, highlighting that necessary permits were acquired and necessary documents were submitted.

He stated that ADB “did not request to terminate” the project and gave the state the opportunity to continue it, although the bank refused to finance the project as it was.

However, the National Tender Board has cancelled the current project. Hameem noted that ADB will provide funding if the state terminated the project and awards it to an eligible company following a thorough bidding process.

“Efforts are underway to tender [the project] again”, he said, adding that the state would rather continue the project with ADB’s funding.

A private entity lodged a case at the Anti-Corruption Commission last year, stating that Webb Fontaine did not meet the requirements specified in the tender.

After Mihaaru and The Edition brought the issue to light in March this year, ADB conducted a due diligence report and internal audit of the contractor, as per Mihaaru.

The bank identified violations of its anti-corruption policy in the project’s handover and subsequently ordered the Maldivian government to tender the project again.

The case at the ACC further highlighted that several companies, including international firms, with more experience and qualifications, had lobbied for the project at much lower prices. It stated that the government had let the matter lie for five months after opening the tender process, before abruptly “disqualifying” the more capable and suited bidders in favour of an ineligible “paper company”, at a high cost to the state.

Hameem’s defence in Monday’s press conference was that “a company with a low cost does not necessarily meet the project requirements”.

The matter was first lodged by the private entity at the country’s corruption watchdog on December 5, 2019, prior to the contract signing between Webb Fontaine Asia Inc and the Maldivian government. The initial case requested ACC to halt the project awarding. However, after ACC failed to act, a second case was lodged on December 11, 2019.

Although ACC informed the complainant that the case has been reviewed and accepted for investigation in February 2020, the graft watchdog has still not informed them of their progress or decision.

The economic ministry’s National Single Window is intended to provide an integrated platform for trade operations, facilitating hassle-free services for Small and Medium Enterprises (SMEs) and Import-Export businesses. This includes the establishment of an online portal for easy submission and transaction of trade-related documents by connecting relevant bodies together.

The government declared in February 2020 that the portal will be operational to provide import-export permits online within the next year.

The project is funded by ADB, which has been financing major development projects in the Maldives over the past 40 years. The bank has approved over MVR 1 billion to fund various projects in the island nation across 2019 and 2020.