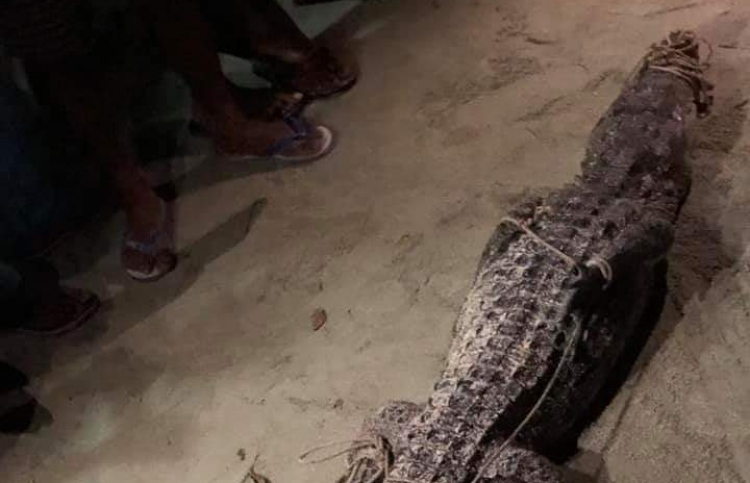 Maldives Police Services confirmed on Wednesday that authorities secured a crocodile, origin unknown from the island of Fainu, Raa Atoll.

According to the President of Fainu’s Island Council Ahmed Abdul Hakeem, residents found the reptile, measuring 6 feet and 8-inches in length, crawling along the island’s shoreline.

The incident was reported to authorities on Tuesday.

The crocodile was caught using a net and bound by rope at the island council residence until authorities were able to collect it.

“The creature was brought in using a net, and did not put up a struggle”, said Hakeem.

Although crocodile sightings are reported in the Maldives from time to time, usually during the same period, the reptile is not native to the country.

Furthermore, the country records no injuries or deaths as being caused by crocodiles either.