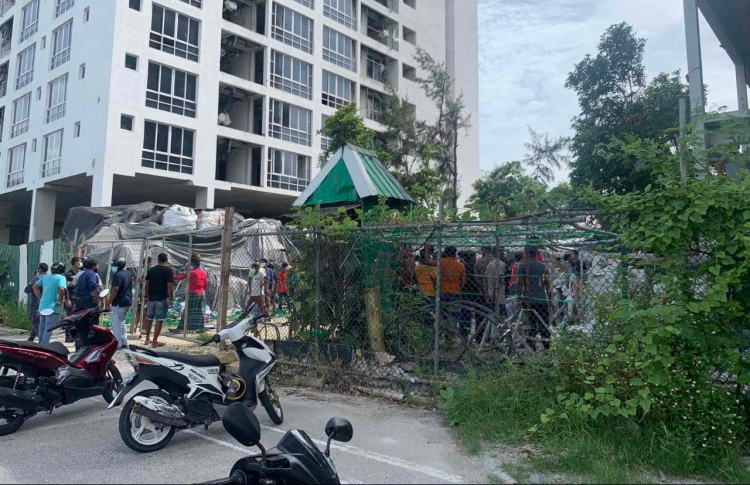 The expatriates are employed by Island Expert Pvt Ltd, contracted with completing the construction of flats in Hulhumale’ for Maldives Police Service (MPS) and Maldives National Defence Force (MNDF) personnel.

A large number of workers gathered at the ground floor of the flat and expressed their concerns and frustrations since noon.

Speaking to local media Mihaaru, a migrant worker stated that some ex-pats have not received their salaries for seven months.

“At the end of every month, they tell us they will give our salaries the following month, but they never do”, he said.

Although the protestors were infuriated, Police spokesperson confirmed that no clashes took place during the protest.

“Police received information that the company is holding discussions with the workers to solve the issue”, the spokesperson added.

The construction of social housing flats, designated for members for the armed and security forces, commenced during former President Dr Mohamed Waheed’s administration.

Since then, Maldives has seen two different presidents, but the housing project remains incomplete.