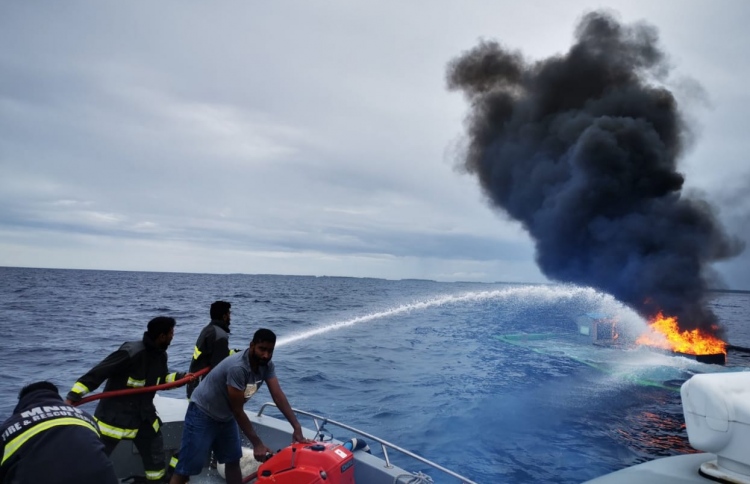 Maldives National Defence Force (MNDF), on Monday, revealed that the body of an expatriate was discovered, after he went missing aboard a cargo vessel that caught fire and sank off the coast of Gan, Laamu Atoll.

According to MNDF spokesperson Major Ibrahim Azim, the body was discovered 48 metres underwater by the defence force’s search and rescue teams.

Sources identified the sunken boat as ‘Vindhu’ which carried a total of 10 people, including nine expatriates and a local.

The boat started to sink after its engine room caught fire. By the time MNDF extinguished the fire, the boat was semi-submerged and suspended near the ocean surface.