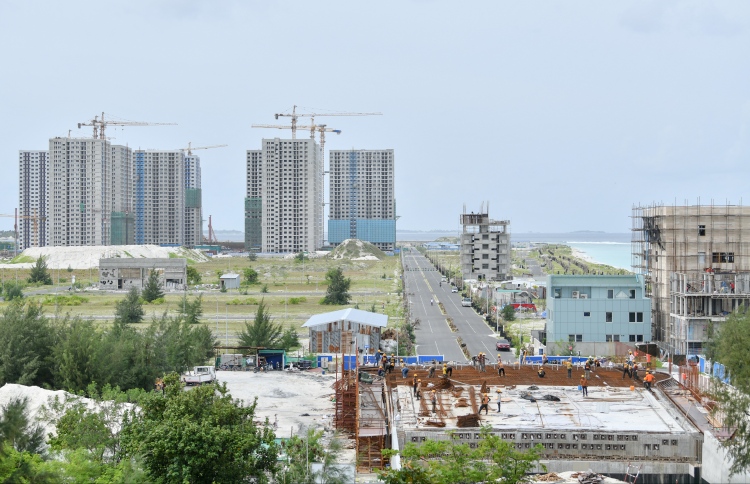 An expatriate worker, on Wednesday, fell from the 14th storey of a building under construction by Maldives Ports Ltd (MPL) in Phase Two of reclaimed suburb Hulhumale’.

According to Maldives Police Service, the Bangladeshi national succumbed to his injuries while being treated at Hulhumale’ Hospital.

The incident was reported to the authorities at approximately 1340hrs.

Police revealed no further details about the incident but assured that authorities were currently looking into the matter.

Late 2019, there was an upsurge of construction site-related incidents, including the death of an expatriate worker killed by a falling jumbo bag of cement sacks and the untimely passing of a 7-year-old Bangladeshi girl after a falling bag of cement struck her.

Maldives National Association of Construction Industry (MNACI) on May 11, announced the release of its revamped guidelines to combat COVID-19 in construction sites, amid the ongoing community spread of the virus in the country.

Male City Council, on May 13, announced it would be granting permission for companies seeking to restart construction work.

Despite the publication of various policies and guidelines regarding safety at construction sites, similar incidents continue to be reported.