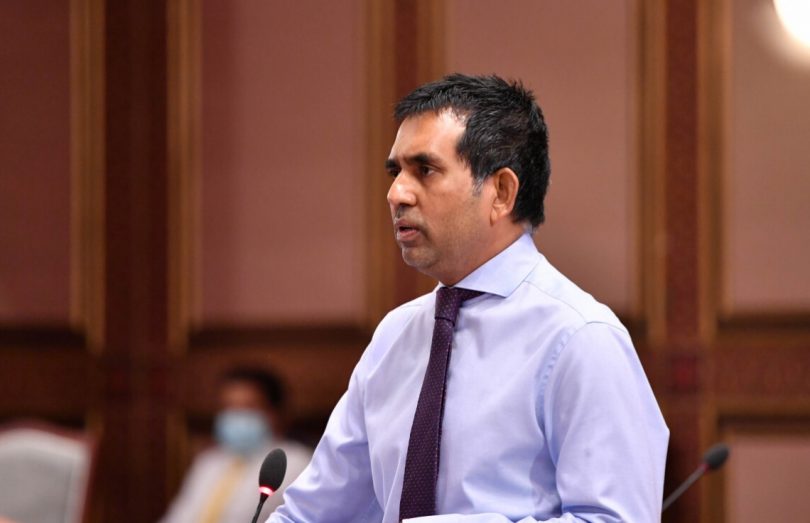 Former Minister of Economic Development Mohamed Saeed, on Sunday, issued a warning against repercussions that may arise from the government instructing Maldives Monetary Authority (MMA) to print additional banknotes.

The decision was made by the government in response to the widespread financial crisis caused due to the ongoing COVID-19 pandemic.

Referring to the incumbent administration’s overdraw of more than MVR 4 million within the past four months, opposition People’s National Congress (PNC)’s Saeed tweeted that this “dangerous” practice “must be stopped”.

“The dollar [exchange] rate has risen to 19 [Maldivian] Rufiyaa. Prices of goods have increased. The people’s pockets are empty”, stressed the parliament representative of Laamu Atoll’s Maavah constituency.

June’s balance sheet publicised by MMA revealed that the overdrawn funds were released through the Public Bank Account (PBA) in order to compensate for the current economic shortfalls.

Across June alone, MMA facilitated roughly MVR 3.5 billion to the state, which includes overdrawn funds as well as other expenses.

A majority of the overdrawn funds will be utilized for the government’s recurrent expenditures.

As the PBA lacks the required funds to facilitate the overdraft, MMA printed the additional funds, which could result in further inflation of the Maldivian Rufiyaa.

The government mostly utilized the PBA for its debt repayments and discontinued the use of PBA to finance state expenditures since 2013.

Maldives has requested the support of the international community as well as foreign financial institutions to provide assistance to the country. As such, Maldives has acquired a total of USD 189.5 million (MVR 2.9 billion) in aid.

Although Maldives has spent a total of MVR 13.5 billion in expenses so far this year, the country only generated a revenue of MVR 6.8 billion, according to statistics released by the Ministry of Finance.

Amidst the ongoing COVID-19 pandemic, Maldives closed its air and sea borders to tourist arrivals on March 27, halting the issuance of on-arrival visas. The closure of borders remained in place until June 15.

Heavily reliant on tourism for revenue, the restrictions on international travel left the country vulnerable to severe economic impacts. In mid-April, the World Bank projected that the Maldives would be the worst-hit economy in the South Asian region due to the pandemic.

Maldives estimates a shortfall of approximately USD 450 million (MVR 6.9 billion) in foreign currency and a state deficit of MVR 13 billion in 2020 as a result of the COVID-19 pandemic’s impact on the tourism industry.