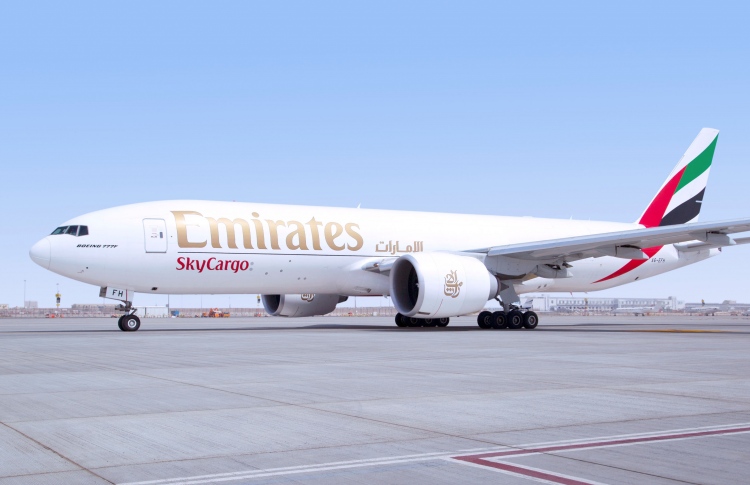 Emirates SkyCargo revealed that the airline will begin operating scheduled cargo flights to Velana International Airport (VIA) in Male’, Maldives, during July 2020.

According to the airlines, the decision was made as part of their growth plan, expanding operations to 100 destinations across six continents — including Accra, Algiers, Athens, Fort Lauderdale, Glasgow, Larnaca, Los Angeles, Moscow (SVO), Phnom Penh, Rome, Santiago, Sialkot and Tunis.

The airline revealed that Emirates SkyCargo’s network was expanded in response to the growing economic activity and demand for air cargo capacity, from markets across the world, along with Emirates’ increased passenger flight operations.

“By offering multiple daily or weekly cargo flight frequencies to major production and consumer markets, the carrier is helping facilitate supplies of goods required for combatting the current pandemic as well as machinery and equipment required for manufacturing and several key economic sectors across global trade lanes”, stated Emirates SkyCargo.

In addition to scheduled services, the airline also operates a number of special charter flights every week to transport a range of commodities from Personal Protective Equipment (PPE) and pharmaceuticals to food and outsized machinery and components.

Further, the airline assured that the freight division of Emirates would offer an “innovative range of cargo capacity options for businesses and exporters on its modern, wide-body aircraft fleet”.

Recently, the carrier also modified 10 Boeing 777-300ER aircraft from its fleet by removing seats from the Economy Class in the passenger cabin, to make room for additional cargo.

Emirates SkyCargo currently operates a total of 11 Boeing 777 F full freighters, which are deployed to over 30 destinations, every week.

The company stressed on the strong emphasis Emirates prides over the safety of its operations, adding that “working with its partners, including ground handlers, the carrier has introduced a number of strict guidelines on cabin loading of cargo covering the type of permitted cargo as well as proper packaging and handling in accordance with IATA guidelines”.

Emirates SkyCargo is the air freight division of Emirates and established its operations in October 1985, the same year Emirates was formed.

Emirates grounded their operations in March due to the ongoing COVID-19 pandemic, only operating limited outbound flights to repatriate foreigners from UAE.

However, the airline has resumed operations as the globe transitions to the ‘new normal’, with many nations, such as the Maldives, lifting lockdown restrictions and reopening the country’s borders.