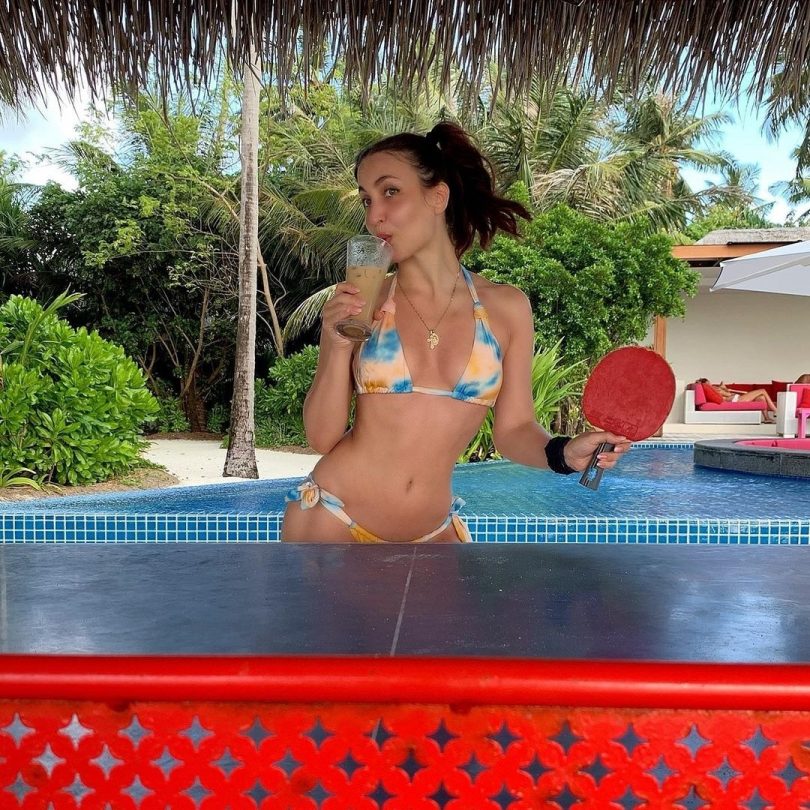 Elli AvrRam shared yet another set of photographs from her Maldives vacation and fans can’t get enough of her. The Mickey Virus actress can be seen playing a game of ping-pong, or table tennis, by the pool in the photos. In the caption, she shared an anecdote and wrote that she used to play a 100-point game with her best friend back when she was in school.

Elli can be seen wearing a printed bikini in the photos with her hair tied up in two ponytails. She is also wearing a delicate necklace and a large, blue bracelet. The actress is enjoying a beverage while she plays ping-pong.

Elli AvrRam captioned the photos, “Ping ping Pong. Used to play till 100 with my best friend back in school. She had one table in her garage, and we wouldn’t give up until we reached 100 in one stretch (sic).”

In another post, Elli AvrRam shared a video of herself climbing on a punching bag and posing for a few clicks.

Sharing the post on her Instagram story, she wrote, “Secret to my fit body? Watch this. Haha. Do this every day and you’ll be all good (sic).”

Elli shared a number of pictures from her Maldives vacation in which she could be seen wearing various swimsuits and bikinis. The actress surely loves beachwear and has often flaunted her love for them.

Take a look at some photos of Elli in beachwear: