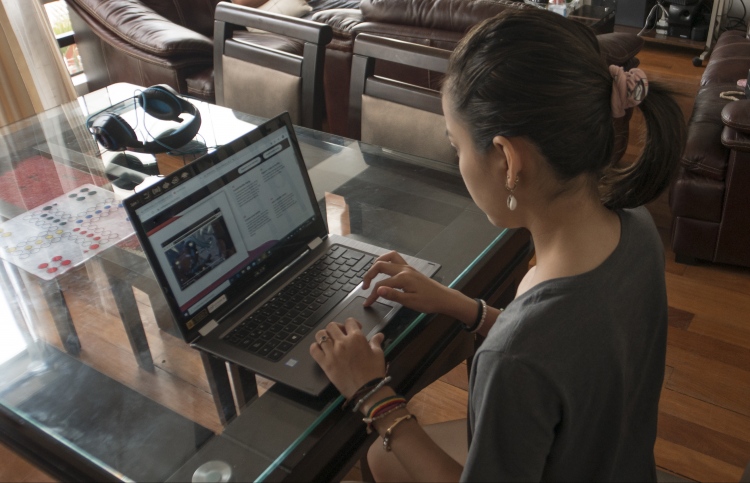 UNICEF revealed on June 5 that challenges posed to providing education amidst the ongoing COVID-19 pandemic threaten to “deepen the global learning crisis”.

According to the NGO, “Access to the technology and material needed to continue learning while schools are closed is desperately unequal. Likewise, children with limited learning support at home have almost no means to support their education”.

Due to this, UNICEF states that “providing a range of learning tools and accelerating access to the internet for every school and every child is critical”.

Noting that “vast inequities exist between the richest and poorest households”, UNICEF highlighted that almost all technologies used to deliver education while schools remain closed amidst the pandemic require electricity.

UNICEF reports that less than half the population has access to the internet in 71 countries across the globe, although 73 per cent of governments out of 127 countries are using online platforms to deliver education amidst lockdown.

Three in four governments also use television as the main channel to deliver remote learning, including all the countries in South Asia.

However, UNICEF notes that in 40 out of 88 countries, children living in urban households are at least twice as likely to have a television compared to children in rural households.

More than half of the 127 reporting countries are also providing remote education through radio programmes, SMS, mobile, and social media as well.

UNICEF reported that education systems in many countries rapidly transformed to support children with remote learning since the pandemic hit, noting the efforts in Somalia to upload offline recorded session onto solar-powered tablets to make them available to children.

The NGO has also partnered with countries such as Timor-Leste, Mongolia, Kyrgystan and Bangladesh to ensure equal learning opportunities for children.

Certain tests and modules were dropped from the curriculum in Vietnam, while others are postponed to the next school year to allow students to catch up on missed learning over the whole of next year and to reduce academic pressure and psychosocial stress.

Most institutions in the Maldives are providing education via online classes during the lockdown, although the government conducted televised classes titled ‘Telekilaas’ for students receiving primary and secondary education as well.