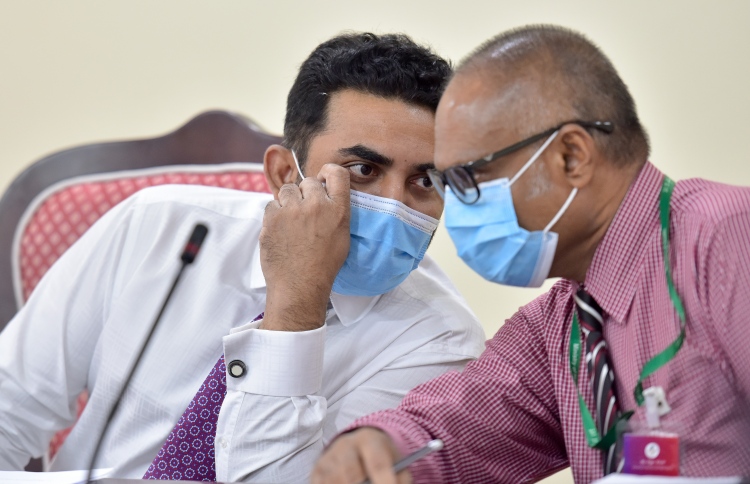 The Dubai company tasked with providing ventilators for Maldives’ COVID-19 response, missed all the deadlines to deliver the ventilators but refused to comment on the matter.

During last month, Ministry of Health revealed that Dubai’s Executors General Trading LLC guaranteed that the 75 ventilators, including 10 portable ventilators and 65 ICU ventilators, procured from the company would be delivered on August 30.

Under the controversial deal, the supplier was tasked with delivering the ventilators within 29 days of receiving the full payment of MVR 34 million. The state has already paid an advance payment of MVR 30 million, without a bank guarantee, covering 90 per cent of the total cost.

On August 16, the Auditor General’s (AG) Office released a compliance audit report on the Health Ministry’s spending of state funds for the COVID-19 response, which revealed that the ministry had spent millions in violation of the Public Finance Act, whilst claiming to procure ventilators and other medical supplies.

Health Ministry claimed that the advance payment was issued without a bank guarantee due to the urgency in acquiring ventilators. Since the global demand for ventilators was high, the ministry stated that the supplier demanded a daily payment of USD 25,000 if the ventilators were not reserved within a certain time period.

Till date, five months after the agreement signing, Maldives has received only 10 of said ventilators. However, a team of doctors, nurses and biomedical engineers have concluded that these ventilators, which do not fit the agreement specifications, are not suitable for COVID-19 treatment.

Local media Mihaaru reached out the owner of Executors General trading, asking for details regarding the delay in product delivery.

However, the supplier deflected the question, stating that the Health Ministry is responsible for providing that information.

Regarding the concerns over the delays, the company stated that they “did not have the ministry’s permission to discuss the agreement”.

With this, Executors General Trading refused to provide any comments on the matter. The company’s website, which is currently “under construction”, does not disclose any details of their dealing either.

In July, the now-suspended Minister of Health Abdulla Ameen iterated that there was no room to conclude the ventilators will not be delivered, since the ministry has been in continuous communication with the supplier.

Although the Auditor General’s report stated that discussions took place between Ameen and World Health Organisation (WHO)’s Country Representative to Maldives Dr Arvind Mathur in an unofficial capacity, Ameen has maintained that the communications were official. The minister has said that Dr Mathur had recommended Executors General for ventilator procurement and that the ministry had banked on his recommendation.

Currently, the Anti-Corruption Commission and Maldives Police Service are conducting a joint investigation into the health ministry’s COVID-19 expenditures highlighted in the audit report.

In connection with the controversy, President Ibrahim Mohamed Solih has suspended several senior officials sitting on the health ministry’s bid committee as well as the financial controller.

Following the public uproar over the corruption allegations revealed by the Auditor General’s Office, Minister Ameen also recused himself from all duties until the investigation is concluded.

The ministry is currently headed by the acting minister Mohamed Aslam, the incumbent Minister of National Planning, Housing and Infrastructure.