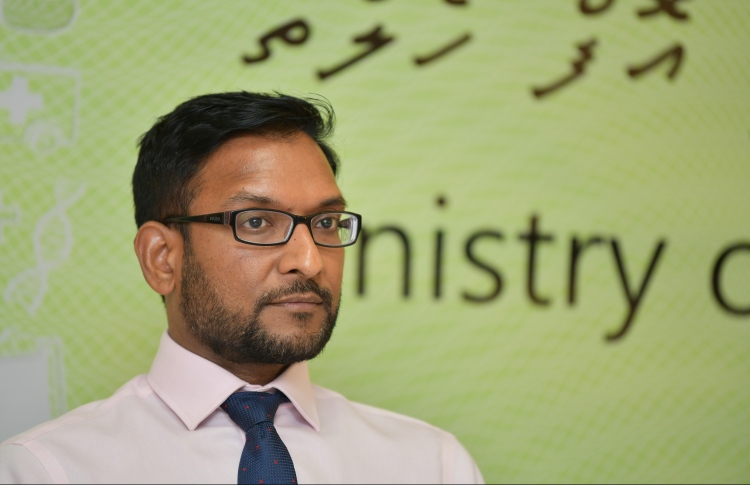 Minister of State for Health Dr Shah Abdulla Mahir, on Monday, clarified that he did not participate in the bid committee’s decision to task Dubai company Executors General Trading LLC with the procurement of 75 ventilators.

The state minister published the statement following President Ibrahim Mohamed Solih’s decision to suspend him, along with several other members of the health ministry’s bid committee, over the controversial procurement of 149 ventilators until the investigation is concluded.

Mahir assured that meeting logs maintained by the bid committee would verify that he was not, in any stage, involved in the health ministry’s discussions with Executors General Trading.

The state minister also disclosed that he had raised questions regarding the deal shortly after it was finalised and shared his concerns with his superiors at the health ministry.

Additionally, Mahir noted that he personally inspected 10 ventilators procured by Executors General Trading, after the biomedical team raised concerns about the quality of the shipment, and subsequently informed Minister of Health Abdulla Ameen, as well as other top government officials, that the ventilators did not meet the requirements stipulated under the agreement.

Although the state minister refuted any involvement with the aforementioned agreement, he confirmed his participation in contracting Naadu Pvt Ltd and MedTech Maldives Pvt Ltd to acquire a total of 76 ventilators.

However, the state minister guaranteed that his decisions as a member of the bid committee were based on officially presented documents and were in accordance with regulations. Mahir said that none of his actions was intended to secure indue influence or monetary gain for any particular entity.

Despite expressing dismay over President Solih’s decision to suspend him amid the challenges presented by the COVID-19 pandemic, State Minister Shah pledged to offer full cooperation to authorities throughout the investigation.

On Sunday, the Auditor General’s (AG) Office released a compliance audit report on the Health Ministry’s spending of state funds for the COVID-19 response, which revealed that the ministry had spent millions in violation of the Public Finance Act, whilst claiming to procure ventilators and other medical supplies.

Per the audit, the health ministry’s negotiations with Executors General Trading were rife with corruption, including claims that the order was placed following a recommendation by the World Health Organisation (WHO). The state has already paid MVR 30.9 million for the ventilators, covering 90 percent of the total cost of MVR 34 million.

The AG Office also noted that agreements signed with Naadu and MedTech Maldives were formulated in a manner damaging to the state and seemingly, deliberately steered towards enriching certain entities.

Following a request by President Solih, Maldives Police Service and Anti Corruption Commission (ACC) launched a joint investigation concerning the violations noted in the audit report, which the authorities have since confirmed to still be ongoing.

Amidst public uproar and harsh criticism from the ruling party, Health Minister Abdulla Ameen addressed a letter to President on Monday night, recusing himself from his duties till the end of investigations.