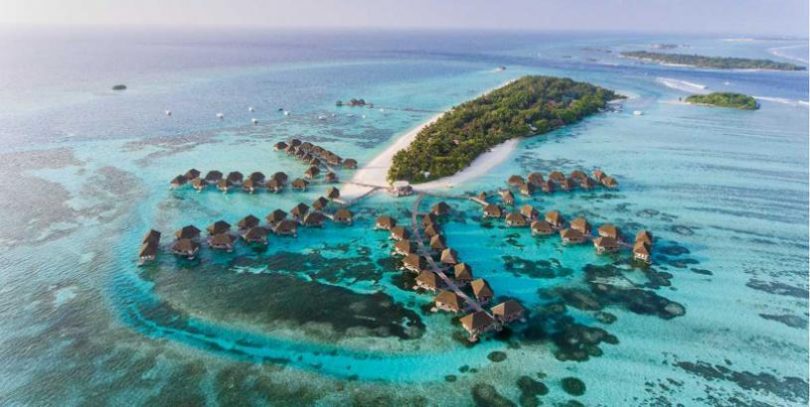 India’s timely help to the Maldives is not without detractors, especially the political opposition that has been protesting the presence of the Indian military, writes N Chandra Mohan for South Asia Monitor

Like the rest of South Asia, the Maldives, too, have been adversely impacted by the economic fallout of COVID-19. This small archipelagic island country’s output of goods and services or GDP is projected to shrink by a massive 30 per cent this year, according to Fitch Ratings, because of its dependence on tourism that has had to shut down to battle the viral pandemic.

Tourism accounts for 56.6 per cent of its GDP, 59.6 per cent of employment and 48.5 per cent of the government’s revenues excluding grants, according to the World Bank. The hit to the exchequer due to COVID-19 will be known when the USD 2.5 billion budget is presented on November 9. Tourist arrivals have gradually picked up since borders reopened in mid-July.

Tourism – the mainstay of the economy

International commercial flights have resumed. The first air bubble arrangement in South Asia was created by India with the Maldives on August 13. Single weekly direct flights of India’s national flagship carrier Air India to the Maldives have begun from Thiruvananthapuram, the capital of Kerala state. Around 37, 468 tourists visited the island nation between mid-July and October 28, while 100,000 arrivals have been targeted by the year-end.

However, a sustainable rebound in tourism is an iffy proposition and is predicated on a virus containment strategy that will encourage more footfalls. The bad news in this regard is that infections are surging domestically. Maldives’ Health Emergency Operations Centre recently confirmed a significant number of COVID-19 cases in the resort island of Kandima in the Dh Atoll despite stringent health measures in place and schemes like ‘one island one resort’ to encourage socially distanced vacations.

The prompt response from the neighbourhood in this regard is indeed noteworthy. India, with whom it shares long-standing ethnic, linguistic, cultural, religious, and commercial links, loosened its purse strings to provide timely budgetary assistance and generous lines of credit to help build its infrastructure and cope with COVID-19.

In his address to the SAARC (South Asian Association for Regional Cooperation) foreign ministers’ meeting, Maldives’ Foreign Minister Abdulla Shahid acknowledged that the USD 250 million pledged by India as the largest support package announced by a bilateral partner during COVID-19.

To be sure, India responded in the past as well to help the Maldives, especially during the coup attempt in 1988, the Tsunami of 2004, and the drinking water crisis in 2014.

When COVID-19 struck, India sent in rapid response medical teams and supplied essential medicines through Operation Sanjeevani. Financial assistance of USD 250 million provided in September was through investments by the State Bank of India in Maldives government bonds on concessional terms. A currency swap of USD 150 million was approved by the Reserve Bank of India to help the Maldives – all of which will help it to deal with the economic crisis inflicted by the virus.

India is also the single largest donor of Maldives with USD 1.4 billion received in 2018 and cash grants for various community projects.

At a bilateral meeting of foreign ministers in August, India’s External Affairs Minister S Jaishankar extended a fresh line of credit of USD 400 million and a grant of USD 100 million to help build a sea bridge to connect three islands with the capital Male, which will generate employment and strengthen the economy. India’s foreign secretary Harsh Vardhan Shringla is expected to visit the Maldives on November 9-10 and is bound to follow up the progress on all these projects.

However, India’s timely help to the Maldives is not without detractors, especially the political opposition that has been protesting the presence of the Indian military. Its aid is transparent and serves the developmental interests of Maldives. With regard to the infrastructure project linking Male to three islands, for instance, the Maldivian finance ministry announced how 65-70 per cent of components will be sourced by India, facilitating participation by the Maldivian businesses and services.

Time to plan for the future

There will also be an international tendering process for the contract, according to N Sathiya Moorthy of the Observer Research Foundation. The budget will clearly indicate how the island nation will cope with the ravages of COVID-19. With around 22,000 Maldivians left without jobs, extending monthly income support for some more time is imperative. If the spread of the virus cannot be checked, tourist arrivals will taper off and recessionary conditions will persist.

Looking into the future, a more sustainable revival strategy would be to diversify away from the dependence on a single industry. Saline soil conditions and scarcity of arable land limit the possibilities in agriculture.

Participating in labour-intensive manufacturing activities for exports to the world market perhaps can be explored by improving local skills.

(The writer is an economics and business commentator based in New Delhi. The views expressed are personal. He can be contacted at [email protected])