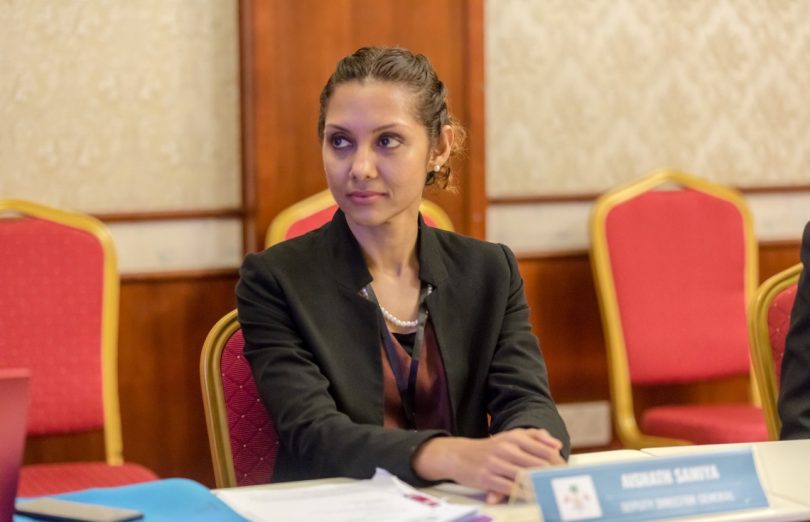 Civil Service Commission (CSC) on Monday appointed Aishath Samiya as the Permanent Secretary to the Ministry of Health.

Samiya was appointed to the position by CSC member Fathimath Ameera via a special video conference attended by Minister of Health Abdulla Ameen.

The position was vacant following the dismissal of former Permanent Secretary Khadheeja Abdul Samad in February.

In addition to Samiya, only the ministry’s Deputy Director-General Thasleema Usman was shortlisted for the position. She received a total of 84.98 marks, compared to Samiya’s score of 73.9.

Although Samiya scored lower than Thasleema, according to Civil Service regulations, the highest scoring candidates will be forward to the minister for their counsel before an appointment is finalised by the commission.

Having completed her Master’s in Health Services Administration at the Dalhousie University of Canada, she has over 21 years of experience within the health sector.

Prior to her appointment, she served as the ministry’s Director-General of Policy Planning and Health Information Division. She began her foray into the health industry in 1999, when she worked as the Public Relations Officer at Indira Gandhi Memorial Hospital.

Furthermore, Samiya has represented the Maldives at several health governance meetings at both regional and global levels.