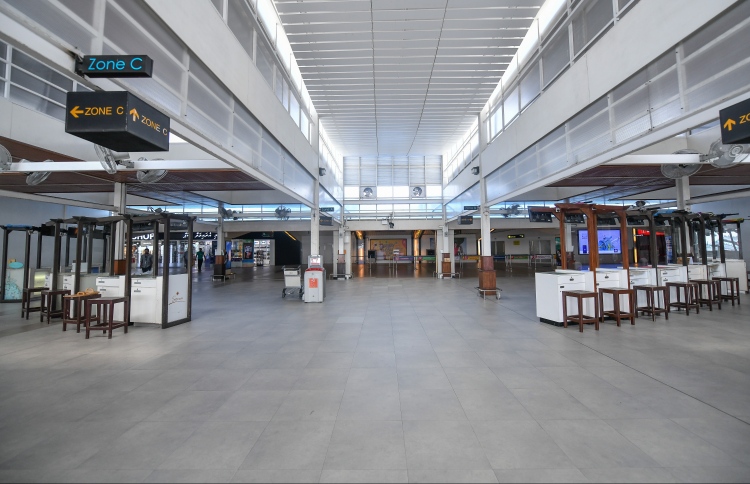 United Nations Development Fund (UNDP) identified the Maldives as one of the most vulnerable countries in the face of a pandemic, based on the island nation’s rigid economic dependency on the tourism sector.

On May 2020, UNDP released two data dashboards that highlight the disparities in a countries’ abilities to cope with and recover from the COVID-19 crisis.

Although the Maldives exhibits a medium level of preparedness, the country ranks higher in areas such as current health expenditure per Gross Domestic Product (GDP) and mobile phone subscriptions, the dashboards noted the country as one of the most high-risk countries in the context of its economical dependency on tourism and low coverage of workers without social protection.

“The pandemic is more than a global health emergency”, said UNDP.

“It is a systemic human development crisis, already affecting the economic and social dimensions of development in unprecedented ways”.

UNDP advocates for policies that reduce vulnerabilities and build capacities to tackle crises short term as well as for the long run, stating that it is vital for individuals and societies to better weather and recover from shocks similar to the ongoing crisis.

Due to the ongoing worldwide travel restrictions, the Maldivian economy faces adverse financial repercussions. The first wave of the economic downfall was observed following the halt of tourist arrivals into the country this February.

The pandemic is projected to “exacerbate existing employment and labour market challenges and working conditions, easily exposing the most vulnerable in such crises”, alluded the organization.

With widespread lockdown established as the new normal for many around the globe, the digital divide has become more significant than ever. Roughly 6.5 billion people or 85.5 per cent of the global population lack access to reliable broadband internet, limiting individuals from their ability to work and continue their education, amongst other needs.

Previously, Maldives Monetary Authority (MMA) had estimated that the economic growth of Maldives may hit negative 17 per cent in the worst-case scenario, while the World Bank’s South Asia Economic Focus report projected that the collapse of the tourism industry in the Maldives will result in gross domestic output contracting by as much as 13 per cent.

In a bid to counteract the financial impact of the COVID-19 pandemic on the local economy, Maldives government introduced an economic relief fund with MVR 2.5 billion intended to prevent the closing down of local businesses and the loss of jobs. The administration has asserted that it will prioritize companies that do not terminate staff members in providing the recovery loans allocated for struggling businesses.

Moreover, the Maldives on Wednesday introduced the ‘Income Support Allowance’ as a relief scheme for individuals experiencing financial difficulties as a result of employment issues due to COVID-19 pandemic.

The government has also vowed to reduce state spending by MVR 1 billion. In this regard, the government slashed the salaries of all political appointees and heads of state-owned enterprises (SOEs) by 20 per cent. The Parliament followed suit, approving a 20 per cent cut on their members’ salaries as well.