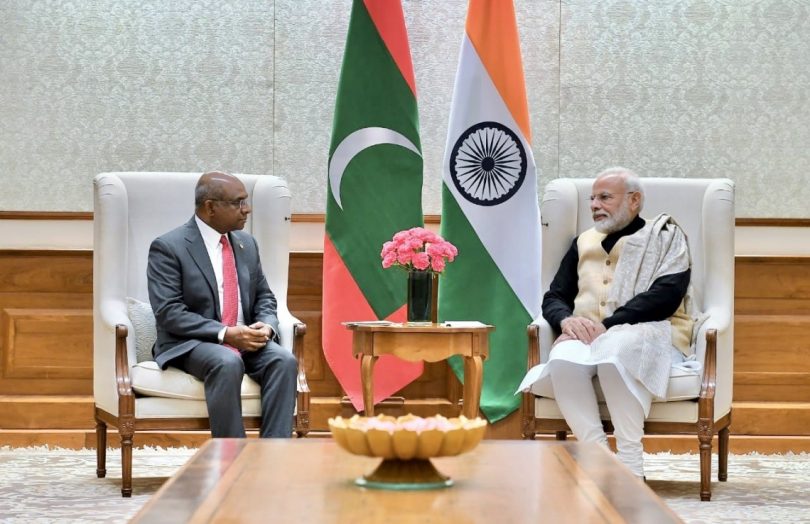 Ministry of Foreign Affairs on Wednesday accepted a shipment of Hydroxychloroquine (HCQ) tablets from India, as part of the collaborative effort between the governments in regards to the ongoing COVID-19 pandemic.

On behalf of the Maldivian government, Ministry of Foreign Affairs thanked the government of India and Prime Minister Narendra Modi for their assistance.

Arriving via the Maldives’ national carrier ‘Maldivian’, the incoming flight carried a total of 50,000 tablets as free-aid.

This marks the first of several incoming shipments as the Indian government has, in total, pledged to send 200,000 tablets to the Maldives.

The shipment arrived within two days following the official telephone conversation held between President Ibrahim Mohamed Solih and PM Modi on Monday, during which the Prime Minister underscored the “special bond” that exists between the two countries and reiterated India’s commitment to assist its maritime neighbour.

Referring to the hastened delivery to the Maldives, the High Commission of India stated that, by “the quick dispatch of HCQ tablets following the telephone call highlights our time-tested bonds of friendship, speed and synergy that defines our present-day bilateral partnership”.

Hailed as a game-changing drug by the US President Donald Trump, the anti-viral is largely used by multiple nations around the world in their efforts to treat the coronavirus disease. However, President Trump’s claims have been criticized by certain medical professionals and the media as “unrealistic”.

The president’s own medical advisor Dr Anthony Fauci noted the use of the drug as an effective treatment against the pandemic would only be identified after clinical trials. While most doctors report the need for months for accurate clinical testing, President Trump claims that results will be available in mere “days”.

Currently, US trials for the drug, in treatment for COVID-19, are still ongoing.

Maldives’ first confirmed case of COVID-19 within the capital city of Male’, was recorded on April 15, prompting the lockdown of the greater Male’ region which is now in place until May 1.

At present, Maldives records 85 confirmed cases of COVID-19. There is a total of 68 active and two probable cases, while 16 have recovered.

The World Health Organization (WHO) has classified the spread of COVID-19 as a global pandemic. The novel coronavirus has infected over 2.6 million people and claimed over 184,200 lives around the world. However, out of those infected, more than 717,700 people have recovered.