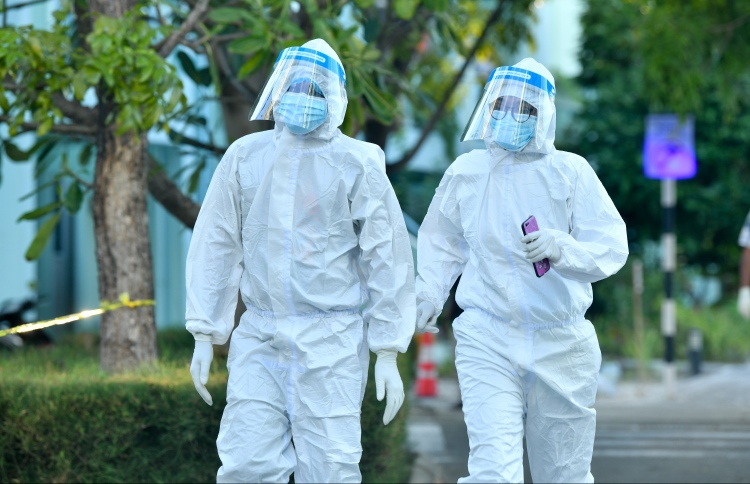 The Health Protection Agency (HPA), on Monday, confirmed an additional 199 cases of COVID-19 in the Maldives, bringing the total to 8,003.

HPA also reported that an additional 110 individuals had recovered from the virus on Tuesday.

According to the agency, 168 of the new positive cases were reported in the Greater Male’ Region, while the remaining 31 cases were detected from islands outside of the capital area.

With these developments, the island nation now records total 8,003 confirmed and 2,703 active COVID-19 cases, along with 5,265 recoveries and 29 deaths.

In addition to the Greater Male’ region, active virus cases are present in 41 inhabited islands as well as 16 resorts across the archipelago.

With the increasing number of infections, the number of recoveries has also risen in the past couple of weeks, after the recent spike reduced the total amount of recovered patients from the peak 86 to the lowest 53 per cent. This value currently stands at 66 per cent.

The number of COVID-19 cases skyrocketed after the state initiated efforts to steer the country towards a ‘new normal’ with the phased easing of lockdown restrictions across the Greater Male’ Region.

On March 12, WHO classified the spread of COVID-19 as a global pandemic. To date, the new strain of novel coronavirus has infected over 25.7 million people and claimed over 856,800 lives around the world. However, out of those infected, more than 18 million people have recovered.