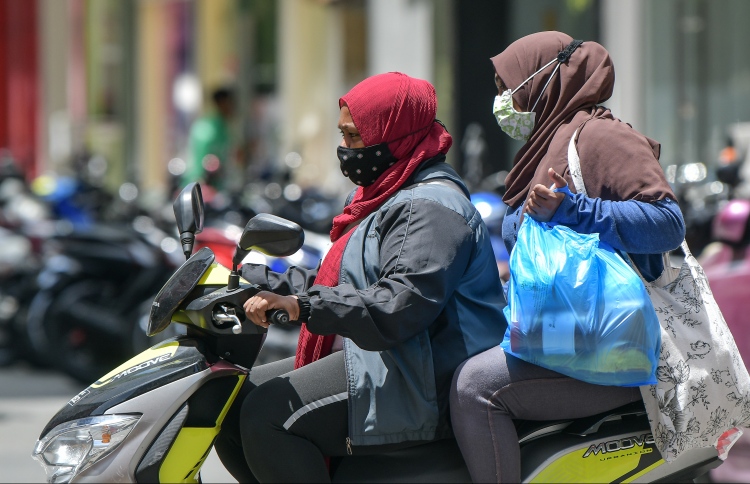 The Health Protection Agency (HPA), on Tuesday, confirmed 170 more cases of COVID-19 in the Maldives, bringing the total to 6,079.

According to the agency, the new cases include 139 Maldivians, 23 Bangladeshi nationals, seven Indians and one South African citizen.

HPA also reported that an additional 160 individuals had recovered from the virus on Tuesday.

HPA stated that 169 of the newly identified cases were reported in the Greater Male’ region while was confirmed outside of the capital area.

With these developments, the island nation now records total 6,079 confirmed and 2,407 active COVID-19 cases, along with 3,648 recoveries and 24 deaths.

In addition to the Greater Male’ region, active virus cases are also present in Ihavandhoo and Filladhoo in Haa Alif Atoll, Naivaadhoo and Kurinbi in Haa Dhaalu Atoll, Miladhoo in Noonu Atoll, Hulhudhuffaaru in Raa Atoll, Kudarikilu and Kamadhoo in Baa Atoll, Naifaru in Lhaviyani Atoll, Maamigili in Alif Dhaalu Atoll, Thulusdhoo and Himmafushi in Kaafu Atoll, Keyodhoo in Vaavu Atoll, Nilandhoo in Faafu Atoll, Madifushi and Vilufushi in Thaa Atoll, Fuvahmulah City, as well as Hithadhoo and Feydhoo in Addu City.

Furthermore, HPA noted that active cases are present in 13 resorts across the archipelago, including eight tourists and 13 staff members with confirmed infections.

However, the number of recoveries have increased in the past few days, after the recent spike reduced the total amount of recovered patients from peak 86 to the lowest 53 per cent. This value currently stands at 58 per cent.

On March 12, WHO classified the spread of COVID-19 as a global pandemic. To date, the new strain of novel coronavirus has infected over 22.1 million people and claimed over 779,600 lives around the world. However, out of those infected, more than 14.8 million people have recovered.