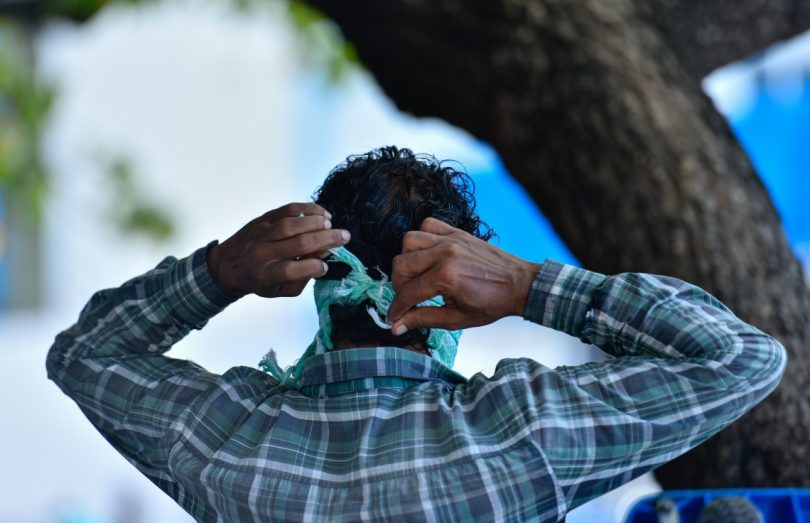 Maldives Police Service (MPS) confirmed on Sunday, that the congested living conditions of expatriate workers across 18 different locations were presently being monitored, amid capital city Male’s localised outbreak of the global COVID-19 pandemic.

The Assistant Commissioner stated that movement in and out of the areas was now restricted. He also added that authorities had collected vital information pertaining to the residents.

On April 21, relevant authorities launched monitoring operations centred around the living quarters of expatriate workers, having acknowledged that the congested nature of such zones placed these foreign nationals at a significantly higher risk of contracting the virus.

The country’s first confirmed case of COVID-19 in the capital city of Male’, was recorded on April 15, involving a local woman that sought assistance from a flu clinic in Malé after developing symptoms.

Currently, the capital city of Male’ alone records 141 cases of people found positive for COVID-19, of which 75 are migrant workers from Bangladesh. Their often small-spaces living conditions have been described by local and international civil society organizations as, “claustrophobic”, “unsanitary” and “overcrowded”.

In response to this growing issue, the government of Maldives announced that 300 expatriate workers were provided with shelter in Phase Two of the reclaimed suburb Hulhumale and that the development of housing units in the reclaimed areas of Gulhifalhu was underway. However, an estimated date of completion is not yet publicised.

The Maldives now records 177 positive cases, two probable and 161 active cases of COVID-19, with a total of 16 recoveries.

On March 11, the World Health Organization (WHO) classified the spread of COVID-19 as a global pandemic. The novel coronavirus has infected over 2.9 million people and claimed over 203,600 lives around the world. However, out of those infected, more than 839,000 people have recovered.