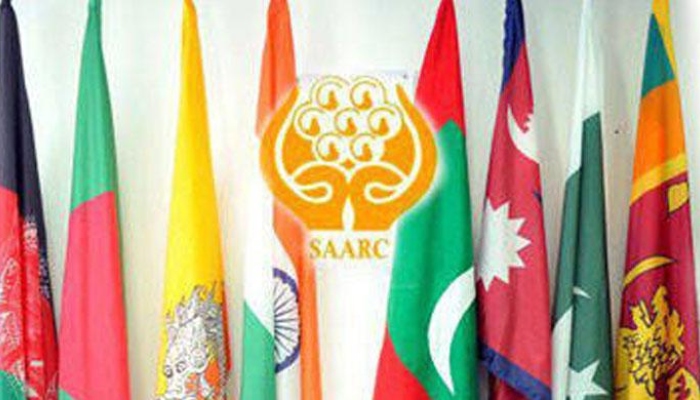 COVID-19 pandemic: Pakistan Islamabad: Pakistan has once again called for placing the Saarc COVID-19 emergency fund under the association’s secretary-general and demanded that modalities be finalized for its utilization through consultations at the earliest.

Together with this, Islamabad has also contacted several Saarc states to hold a video conference of health ministers for which dates are being finalized. It was Prime Minister Modi who had proposed constitution of an emergency fund during a video conference of the Saarc leaders and offered an initial contribution of $10 million. Consequently, Bangladesh announced $1.5 million, Afghanistan $1 million, the Maldives $2 million, Nepal $1 million, Bhutan $100,000 and Sri Lanka $5 million. Surprisingly, only Pakistan has not announced any funding so far.

When asked, the Foreign Office spokesperson remarked, “We are seeking more details on the modalities of this emergency fund. We believe the Saarc Secretariat offers an established and important platform to carry out regional cooperation initiatives”.

Meanwhile, most of the Saarc member states that Pakistan has contacted proposing a video conference of the Saarc health ministers to exchange views and experience related to combating the spread of COVID-19, have reacted positively.

Some of the issues to be discussed include joint action specific protocols dealing with the screening at entry points and setting up of an Integrated Disease Surveillance System.

While Indian media reports have pointed to March 26 for this video conference, spokesperson at the Foreign Office told The News, “Pakistan had proposed Health Ministers Conference; however, given the global pandemic situation we have proposed a video conference of Saarc health ministers conference in the interim period. Though there is no specific date as yet, Pakistan is looking at an early date”.

“He reiterated Pakistan’s readiness to host the Saarc health ministers’ conference to enhance cooperation among member countries and development partners in the health sector with particular focus on COVID-19”, said a statement from the Foreign Office. The two ministers discussed the challenges faced by regional countries in the face of the rapid spread of the COVID-19 pandemic and exchanged ideas on ways to combat the threat.

Underscoring that Pakistan considered Saarc an important platform for regional cooperation Qureshi proposed that a video conference could be organized first in view of the prevailing situation.

Appreciating Pakistan’s offer, Foreign Minister Momen conveyed Bangladesh’s readiness to participate in the video conference said the statement. “Foreign Minister Qureshi also suggested that Saarc should evaluate and coordinate on the economic and social disruption caused by COVID-19 and experts from the member countries should commence work in this regard immediately”, the Foreign Office said.

Expressing concern over the economic challenges faced by the developing countries due to the global pandemic, Foreign Minister Qureshi underscored the need for debt restructuring by developed countries and the international financial institutions so that the available resources could be utilized to deal with the unprecedented global health emergency. Agreeing to the proposal, Foreign Minister Momen underscored the need to raise the issue at the G-77 forum.

Qureshi also underscored that Iran was faced with serious challenges due to COVID-19, which were further aggravated due to the continuing economic sanctions against it. “He emphasized the need for the immediate lifting of those sanctions, enabling Iranian authorities to utilize their resources for saving precious human lives”, added the statement.