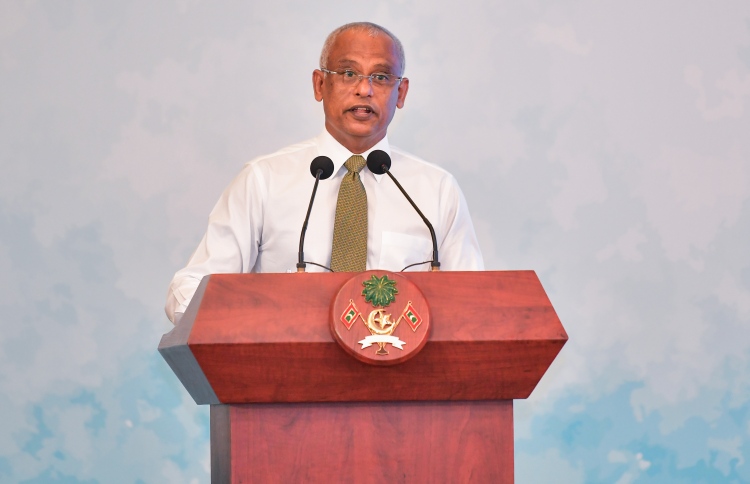 The Maldives is to halt issuing on-arrival visa from March 27 onwards.

President Ibrahim Mohamed Solih made the announcement at the first press conference he held regarding the COVID-19 pandemic, at the National Emergency Operations Centre (NEOC) on Wednesday afternoon.

Addressing the media, the president declared that the government made the decision over the debilitating drop in tourist arrivals amidst the COVID-19 pandemic, and as a measure to curb its spread within the country.

With the Maldives to close its doors to tourists in the coming week, the president also touched upon the travel restrictions currently in place on resort islands across the archipelago.

He stated that the ban would be stretched to an additional period of 14-days after the last tourist leaves a resort, following which the staff, should there be no cases of COVID-19 detected on the island, would be allowed to leave.

Stating that 50 resorts have already halted operations, the president said that the Maldives is effectively going into a “lockdown” as all additional tourist arrivals will stop this Thursday onwards, thus bringing the rest of the resorts to a halt. However, he appealed the industry not to lay off staff, stating that the government was working on providing subsidies and allowances to curb the negative repercussions.

The president further acknowledged that the coronavirus pandemic and the subsequent measures undertaken to prevent and curb its spread is causing “a major loss to Maldivian economy”, which is majorly dependent on tourism. Stating that the administration was working to close all doors to stop the virus of spreading, he assured that the government will work to mitigate the losses caused to the general public as much as possible.

Shedding light on some of the measures, President Solih noted that Bank of Maldives (BML) has pushed back its loan repayment by six months, along with a 20 per cent discount when repayment commences. Housing Development Finance Corporation (HDFC) and SME Development Finance Corporation (SDFC) also extended loan repayments by six months. He added that cheaper rates for internet connection will also be arranged and organised.

During the press briefing, President Solih announced that the Maldives recorded three additional recoveries. With this development, Maldives now has 13 confirmed and five active cases of COVID-19, with a total of eight recoveries. So far, only tourists and resort employees have confirmed infections in the Maldives with no record of local transmissions within the country. The first Maldivian tested positive for the virus in the United Arab Emirates (UAE).

The World Health Organization has classified the spread of COVID-19 as a global pandemic. The novel coronavirus has infected more than 437,000 and claimed over 19,600 lives around the world. However, out of those infected, more than 111,800 have recovered.