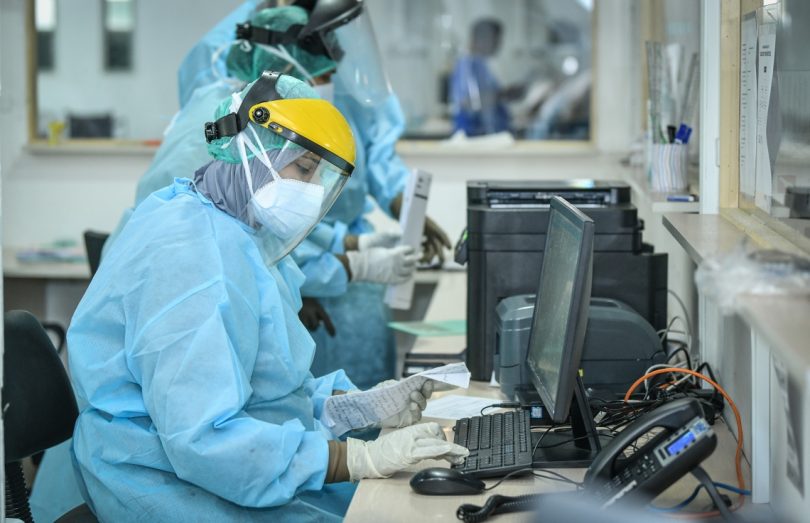 According to the agency, the new cases consist of 19 locals and 31 foreigners.

HPA revealed that 21 of the new infections were reported in the Greater Male’ Region while the remaining 29 cases were identified outside the capital area.

In addition to the Greater Male’ Region, active virus cases are currently present in 10 inhabited islands as well as 26 resorts across the archipelago.

A total of 54 tourists and 107 staff members are among the currently active cases in the country.

Earlier in the day, HPA confirmed a COVID-19 related death of a 79-year-old Maldivian male, admitted at Hulhumalé Medical Facility (HMF)’s Intensive Care Unit (ICU). He passed away at 1050 hrs.

With these developments, Maldives currently records a total of 12,204 virus cases of which 865 are active cases, in addition to 11,289 recoveries and 43 deaths.

During August, authorities tightened the safety measures implemented in the Greater Male’ region, following an alarming upsurge of COVID-19 cases after the state initiated efforts to steer the country towards a ‘new normal’ with the phased easing of lockdown restrictions.

After a long period of recording over 100 daily cases, the numbers fell to two-digits during the most part of September. Throughout October the numbers had slipped further down below 50, with a few spikes on rare occasions.

Despite the sustained decrease in virus cases, HPA has renewed calls for citizens to adhere to protective measures to contain the spread of the virus, cautioning against a public sentiment that the outbreak has been “controlled”.

On March 12, WHO classified the spread of COVID-19 as a global pandemic. To date, the new strain of novel coronavirus has infected over 54.5 million people and claimed over 1.3 million lives around the world. However, out of those infected, more than 38 million people have recovered.