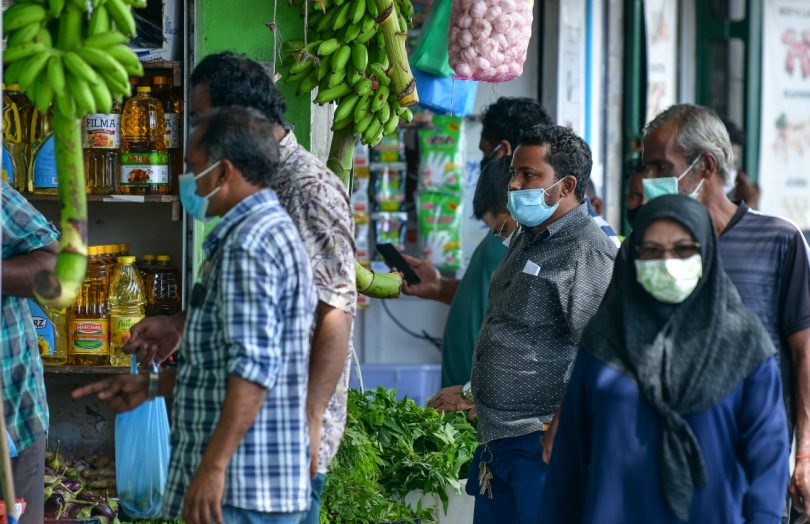 The Health Protection Agency (HPA) confirmed on Monday, that 124 more individuals tested positive for COVID-19 in the Maldives, while 139 patients recovered from the disease.

According to the agency, the new cases include 100 Maldivians, 16 Bangladeshi nationals, three Indians, two Nepalese citizens, one Filipino, one Ukrainian and one Australian.

On Monday evening, a local female aged 64, admitted at the Hulhumale’ Medical Facility passed away, marking the 23rd COVID-19 related death in the Maldives.

The woman is the 18th local that succumbed to the virus. The remaining fatalities were Bangladeshi nationals and a Filipino citizen.

With these developments, the island nation now records total 5,909 confirmed and 2,389 active COVID-19 cases, along with 3,488 recoveries and 23 deaths.

Furthermore, HPA noted that active cases are present in 12 resorts across the archipelago, including seven tourists and 13 staff members with confirmed infections. Two Bangladeshi work permit holders in Park Hyatt Maldives were amongst the staff members that tested newly positive on Monday.

However, the number of recoveries have increased in the past few days, after the recent spike reduced the total amount of recovered patients from a peak 86 to the lowest 53 per cent. This value currently stands at 59 per cent.

On March 12, WHO classified the spread of COVID-19 as a global pandemic. To date, the new strain of novel coronavirus has infected over 21.9 million people and claimed over 774,700 lives around the world. However, out of those infected, more than 14.6 million people have recovered.