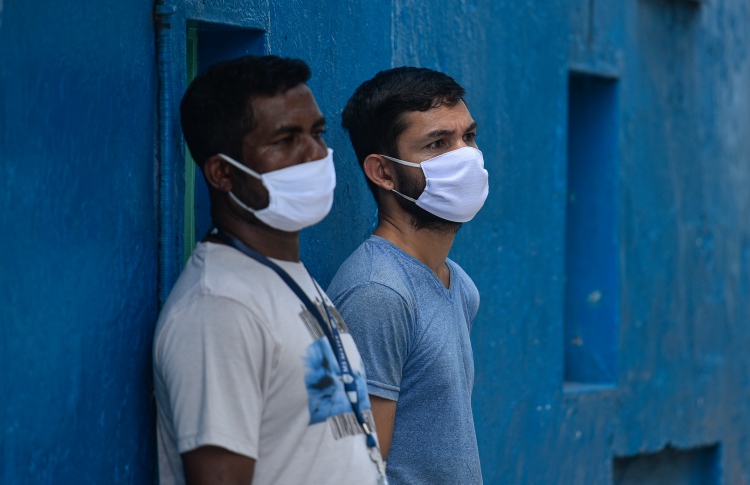 The National Emergency Operations Centre (NEOC), on Tuesday, revealed that a mental and psychological support cluster was established in collaboration with Maldivian Red Crescent (MRC) as a response to the ongoing COVID-19 pandemic.

Speaking at a press conference held by NEOC, MRC’s Program and Services Manager Maeedh Mohamed Zahir stated that a key purpose of the cluster was to increase awareness and advocate for mental wellness.

He noted that the cluster also worked to coordinate 30 institutions within the mental health field during their efforts to provide psychosocial support amid the pandemic.

Maeedh disclosed that a total of 1,373 individuals were assisted through the MRC call centre established on April 7, including those in quarantine facilities and individuals referred to the centre through other institutions or social media.

Furthermore, he revealed that MRC launched a psychosocial support hotline, 1425, on April 26. Maeedh stated that the hotline which was set up in record time to operate remotely, remains active between 1200 to 1700 hrs, and 2000 to 0000 hrs except on Fridays.

Till date, Psychological First Aid providers have assisted 95 individuals through the hotline, attending to nine hours of phone calls in the first two days of operation.

Chairperson of the mental psychosocial support cluster Dr Arif expressed that the psychological impacts of the pandemic would be experienced across society as a whole and not only by individuals with pre-existing conditions.

He supported the statement by revealing that the 715 individuals that sought psychiatric treatment at Indira Gandhi Memorial Hospital (IGMH) in March represented double the figure recorded in March 2019.

“Do not hesitate to seek help, it is nothing to be ashamed of. We are all human”, he stated.

Maldives has recorded a significant increase in COVID-19 cases since its first confirmed case in the capital city of Male’ on April 15 involving a local woman that sought assistance from a flu clinic in Malé after developing symptoms.

There are a total of 245 confirmed, 228 active and two probable cases of COVID-19 in the Maldives, with a total of 17 recoveries.

The World Health Organization (WHO) has classified the spread of COVID-19 as a global pandemic. The new strain of novel coronavirus has infected over 3 million people and claimed over 211,900 lives around the world. However, out of those infected, more than 925, 800 people have recovered.