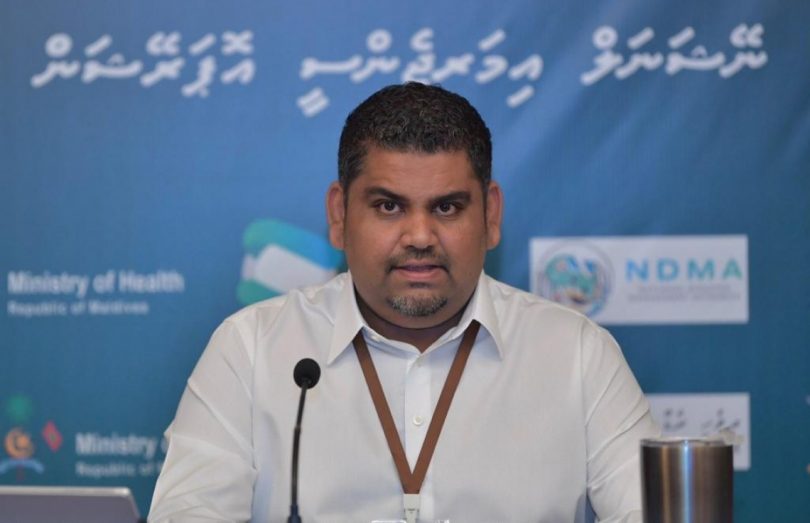 The state confirmed on Saturday night that an additional 18 individuals tested positive for COVID-19 within 24hrs from Friday to Saturday.

Six of the 13 locals are connected to identified clusters, while contact tracing is ongoing for the remaining seven Maldivians, along with two expatriates.

The other three foreigners are connected to the migrant worker who succumbed to COVID-19 at 0930hrs on Saturday morning after being brought to the hospital in the early hours of the day, Mabrouq said.

He also revealed that the number of recoveries recorded for the 24hrs prior to Saturday’s sunset is 46.

Noting that the number of recoveries has been significantly higher compared to the number of positive cases identified each day, Mabrouq said that “NEOC does not believe this means COVID-19 is less serious”.

He noted that the possibility of detecting more positive cases in the upcoming days are still very real.

The amount of samples collected per day has remained within a range of approximately 550 to 950.

Currently, Maldives records a total of 1,901 cases, out of which 1,130 are active cases of COVID-19. The country records 763 recoveries and eight deaths.

WHO has classified the spread of COVID-19 as a global pandemic. The new strain of novel coronavirus has infected over 6.9 million people and claimed over 400,000 lives around the world. However, out of those infected, 3.3 million people have recovered.