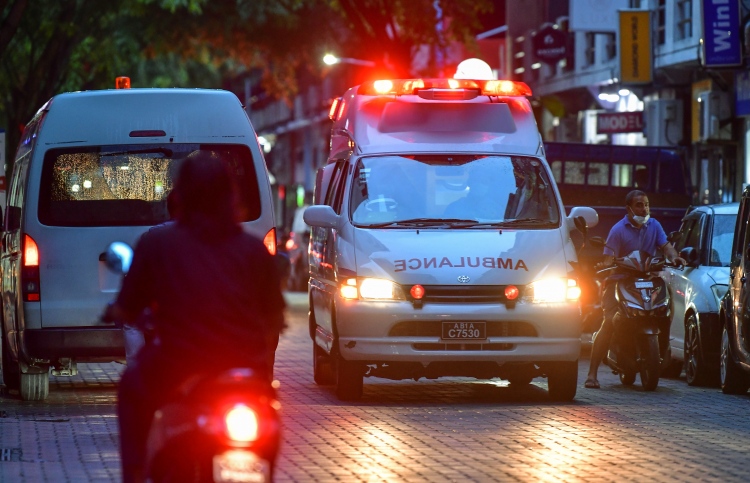 As per the agency, the deceased was a 79-year-old local woman, who was admitted at Hulhumale’ Medical Faculty.

The first virus-related death in the Maldives was that of an 83-year-old local female, on April 29. The second death involved the passing of a 33-year-old male Bangladeshi national, while the third and fourth fatalities concerned local males aged 80 and 88 respectively.

The fifth and sixth were also Bangladeshi males, aged 46 and 54. While the seventh death was an 89-year-old local woman, the eighth fatality was a 38-year-old Bangladeshi national. The ninth death was of a Filipino male aged 43, and the tenth, at the beginning of this month, was a 92-year-old Maldivian man.

This was soon followed by the eleventh and twelfth deaths, a 77-year-old local woman and an 80-year old local man. The Maldives recorded the 13th fatality, a 70-year-old Maldivian woman, last week.

With this development, Maldives presently has a total of 2,762 confirmed and 443 active cases of COVID-19. Thus far, the country records 2,290 recoveries and 14 deaths.

After recording low numbers for several weeks, the recent spike of virus cases has reduced the total amount of recovered patients from 86 to 82 per cent.

On March 12, WHO classified the spread of COVID-19 as a global pandemic. To date, the new strain of novel coronavirus has infected over 13.2 million people and claimed over 576,300 lives around the world. However, out of those infected, more than 7.7 million people have recovered.