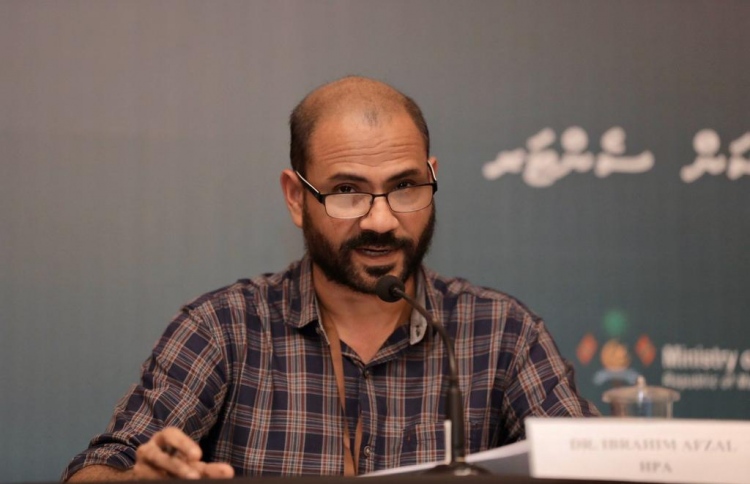 National Emergency Operations Centre (NEOC) announced late Saturday that the captain of a cargo vessel ‘Amaaz’, which journeyed from capital Male’ to three northern atolls earlier this month, was among those that tested positive for COVID-19 in the Maldives.

Speaking at the NEOC press briefing, Health Protection Agency (HPA)’s Dr Ibrahim Afzal stated that the 49-year-old captain (MAV133) travelled to the atolls of Haa Alif, Shaviyani and Noonu on April 15 from Male’, carrying 98 individuals on board. He warned that following the patient’s positive test results, there was now the possibility that the infection had spread to a number of other islands.

The islands Amaaz stopped at:

According to the doctor, authorities have already identified 50 contacts of the captain.

“As there is the risk of several more cases [of COVID-19] spreading in connection with ‘Amaaz’ boat, we are carrying out extensive contact tracing”, he said.

Noting that there might be other contacts HPA was not aware of, Dr Afzal also urged any such individuals to immediately contact the agency via its hotline 1676.

Presently, any connection between Amaaz’s captain and confirmed cases in Male’ remains unclear. However, clusters identified in the capital are associated with individuals employed at major wholesale firms.

Maldives’ first confirmed case of COVID-19 within the capital city of Male’, was recorded on April 15, involving a local woman that sought assistance from a flu clinic in Malé after developing symptoms.

With this development, Maldives now records 177 positive cases, two probable and 161 active cases of COVID-19, with a total of 16 recoveries.

The World Health Organization (WHO) has classified the spread of COVID-19 as a global pandemic. The novel coronavirus has infected over 2.9 million people and claimed over 203,280 lives around the world. However, out of those infected, more than 837,000 people have recovered.