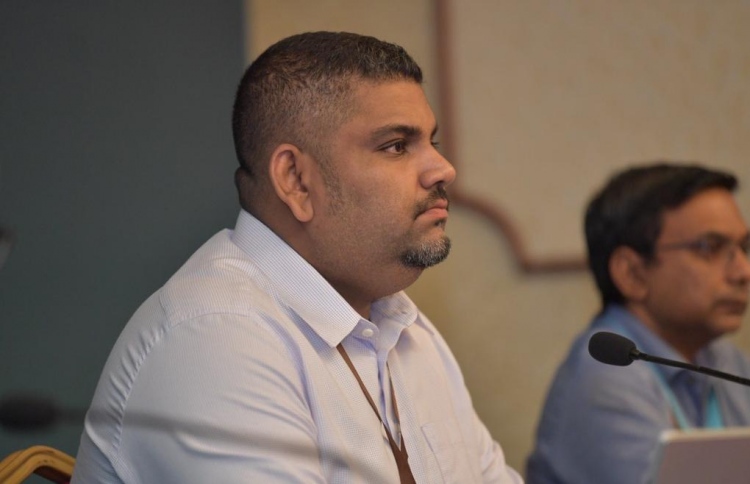 National Emergency Operation Centre (NEOC) declared late Wednesday that four out of seven individuals, who fled from the authorities after they tested positive for COVID-19, have been found.

Speaking at the daily virtual press conference held at NEOC, Communications Undersecretary at the President’s Office Mabrouq Abdul Azeez stated that authorities are seeking the aid of Maldives Police Service to locate the missing three.

Mabrouq warned that if the police were unable to find the individuals, the Health Protection Agency (HPA) will publicise their personal information under the powers accorded to Director General of Public Health Maimoona Aboobakuru, as per the Public Health Act.

The undersecretary further revealed that four of the seven individuals were residing in containment sites, which are congested labour quarters currently supervised by Police. There are 23 such sites under supervision.

The other three individuals resided at various other addresses, Mabrouq added.

Local media Mihaaru reported that one of the individuals was on life support at Tree Top Hospital in reclaimed suburb Hulhumale’ when the government reported the missing cases. However, according to the newspaper, Mabrouq stated that the person was placed on the ventilator after he was found.

The Maldives now records a total of 955 confirmed cases of COVID-19 with 909 active cases, four fatalities and a total of 40 recoveries. Capital city Malé, one of the most densely populated places in the world, has recorded a significant increase in COVID-19 since it recorded its first local transmission of the virus on April 15.

Amid the pandemic, the government has mobilised efforts to transfer expatriate workers from cramped labour quarters to safer environments.

On March 12, 2020, the World Health Organization classified the spread of COVID-19 as a global pandemic. The new strain of novel coronavirus has infected over 4.4 million people and claimed over 298,200 lives around the world. However, out of those infected, 1.6 million people have recovered.