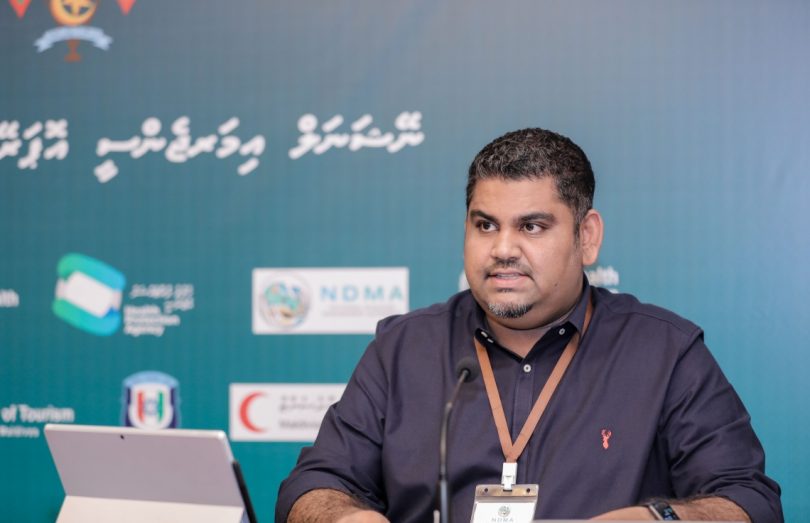 The National Emergency Operations Centre (NEOC), on Monday, stated that arrangements to bring 32 Maldivians that are currently residing in Ukraine back to the Maldives, were finalised.

Speaking at a press conference held at the National Emergency Operation Centre (NEOC), Under-Secretary at the President’s Office Mabrouq Abdul Azeez stated that efforts were underway to bring back 32 Maldivian citizens in Ukraine.

Furthermore, he added that 131 Maldivians in Thailand would be evacuated on Tuesday.

The government has facilitated the evacuation of citizens stranded in various parts in the world amid travel restrictions implemented over the COVID-19 pandemic.

Most recently, Mabouq confirmed that 11 Maldivians in Russia were repatriated on April 29.

On April 20, a Bangladeshi military aircraft successfully evacuated 71 Maldivians — 53 stranded in Bangladesh and 18 Maldivians in Nepal. This flight also carried a team of 10 medical professionals from Bangladesh, journeying to assist with Maldives’ efforts to combat COVID-19.

In Eastern Europe countries such as Belarus, as well as other parts of the world, a number of Maldivians, particularly students facing difficult circumstances, who remain stranded have continued to express hopes of a timely return to the Maldives.

Speaking earlier with The Edition, Foreign Minister Shahid stated that while it would not be feasible to repatriate every Maldivian, the Solih administration would do its utmost to ensure return if possible, adding that the government would extend aid to all Maldivians in need, wherever they may be.

The Maldives now records 557 confirmed, 537 active cases of COVID-19 and a total of 17 recoveries. The country recorded its first virus death, of an 83-year-old local female, on April 29.

The World Health Organization (WHO) has classified the spread of COVID-19 as a global pandemic. The new strain of novel coronavirus has infected over 3.6 million people and claimed over 252,600 lives around the world. However, out of those infected, 1.2 million people have recovered.