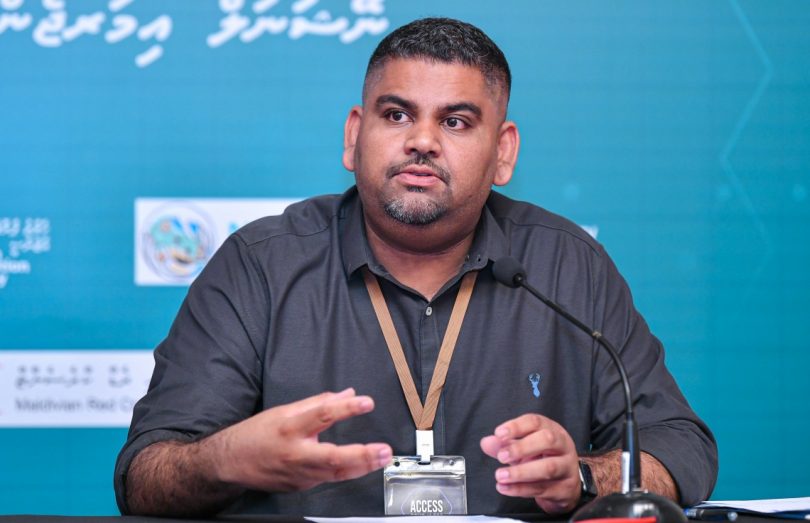 National Emergency Operations Centre (NEOC) disclosed late Monday that 20 individuals were identified as having come into direct contact with Belgium footballer Marouane Fellaini, who tested positive for COVID-19 after departing from the Maldives.

Speaking at the NEOC press conference held Monday night, President’s Office’s Communications Undersecretary Mabrouq Abdul Azeez stated that five of these individuals were isolated in One and Only Reethi Rah resort where the footballer had vacationed, and 15 staff of Maldives Airports Company Ltd (MACL) were also in isolation.

Two of the MACL staff were kept in the facility in Velidhoo Island Resort. Mabrouq revealed that their test results came back negative.

He had stated earlier the same day that two buildings in capital Malé were being closely monitored as some of their residents were identified as having come into contact with Fellaini.

However, speaking during the night press briefing, he revealed that the residents in the buildings were contacts of the two individuals that were taken to Velidhoo. Following their negative results, authorities are now working to lift the monitoring measures from the buildings, he said.

Mabrouq further disclosed that Fellaini arrived in the Maldives through Dubai, dispelling rumours that he had flown in through a China route. The undersecretary added that the footballer also departed from the island nation via Dubai.

The Maldives now has 13 confirmed and eight active cases of COVID-19. The country recorded its first two recoveries on March 20, the third on March 21, and two more on March 23. The recovered patients are three Italians, one South African and one Turk.

No Maldivians have tested positive for the virus as of yet. So far, only tourists and resort employees have confirmed infections with no local transmissions.

The World Health Organization has classified the spread of COVID-19 as a global pandemic. The novel coronavirus has infected more than 360,600 and claimed over 15,400 lives around the world. However, out of those infected, more than 100,600 have recovered.