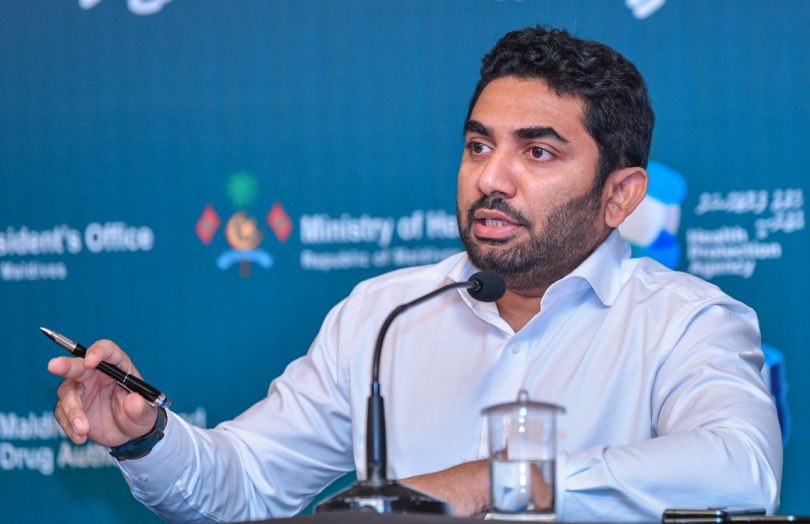 Speaking to the press, Minister Ameen stated that samples are taken from those who are high at a higher risk of getting infected prior to their departure for the purpose of research.

“Out of such samples obtained, we noticed that two Italian tourists tested positive after their departure from the Maldives.”

According to him, they were directly in contact with two previous positive cases from Island Safari. Hence, they were placed in quarantine along with all the others abroad the safari. At that time 16 tourists and 16 local staff were isolated.

Mabrouq also noted that the tourists who were quarantined started flying out of Maldives after completing 14 days on Friday itself.

Island Safari is docked at Fuvahmulah and was closely monitored after the first positive cases.

With these developments, the number of positive cases from the Maldives increased to 16, out of which one case is a local and all the others are tourists and resort staff. So far, out of the positive cases, nine people have recovered.

The World Health Organization has classified the spread of COVID-19 as a global pandemic. The novel coronavirus has infected more than 597,000 and claimed over 27,000 lives around the world. However, out of those infected, more than 133,000 have recovered.