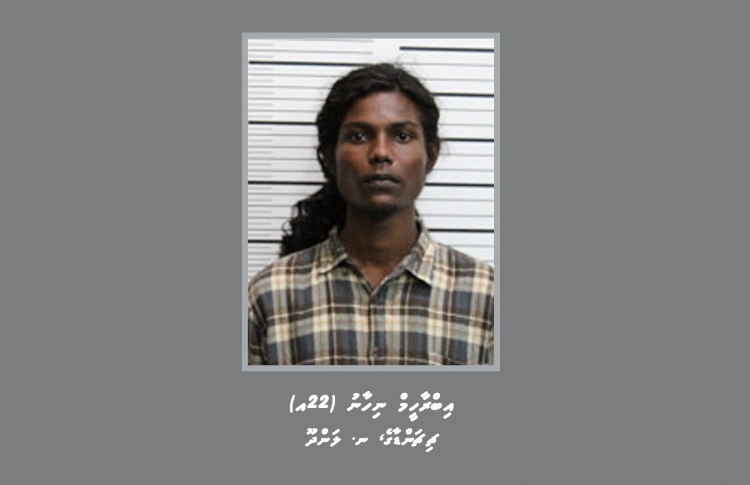 Maldives Police Service on Saturday disclosed that Hulhumale Magistrate Court remanded 22-year-old man implicated in the sexual assault of a minor, till the end of his trial.

As per Police, the Court ordered to detain Ibrahim Nihan, Landhoo, Noonu Atoll, in a custodial or remand jail until a verdict is reached in his trial, due to the case being of sexual assault and hence, he poses a potential danger to the public.

The case was reported to Police on July 5, and the suspect was arrested on July 15 under a court order. He is accused of blackmailing and taking the victim, a minor over the age of 10, to a guesthouse and sexually assaulting her.

Police stated that they are working to complete the investigation and forwarding the case to the Prosecutor Generals Office for criminal charges at the earliest.

Several protests have also been held, the most recent being the ‘JaagaEhNeh’ protest held on July 14, to demand that perpetrators and authorities are held accountable and justice ensured for victims and survivors.

Meanwhile, the police have warned over increasing incidents of child abuse and exploitation, including those with disabilities and special needs, urging parents and guardians to be aware and report any such cases to the police’s Family and Child Protection Wing at +960 3000600 or the Ministry of Gender, Family and Social Services at 1412